Garmash is Dynamo’s best player in the match against Bayern, according to Whoscored

The portal appreciated the actions of the players of both teams.

Kiev Dynamo lost to Bavaria (1: 2) in the match of the fifth round of the group stage of the Champions League.

The authoritative portal WhoScored rated all the players on the pitch.

The best player in the fight was the Munich defender Alfonso Davis – 7.8 points. On account of his two tackles and seven successful dribbling attempts.

The highest mark in the composition of the Kievites was received by the replacement Denis Garmash – 7.5. He became the author of Dynamo’s debut goal in the current Champions League. 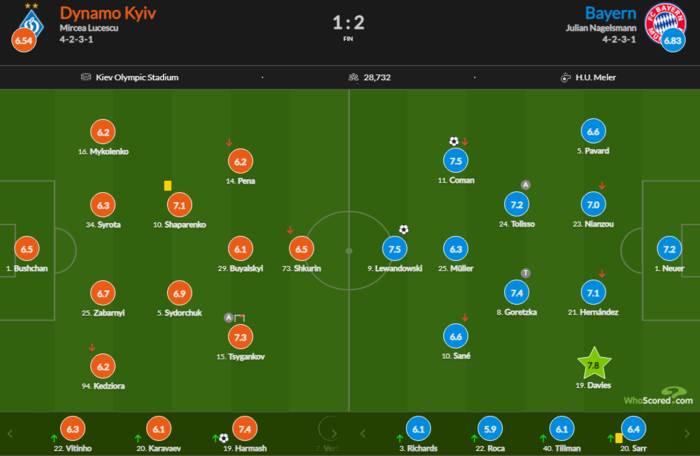 After five rounds, Lucescu’s team is the last in Group E with one point. The Kievites have lost any chance of reaching the playoffs of the main European tournament.

Available on ISPORT video review of this fight.

Monique Malcher, from Santarém (PA), competes for the Jabuti Award, the largest in national literature