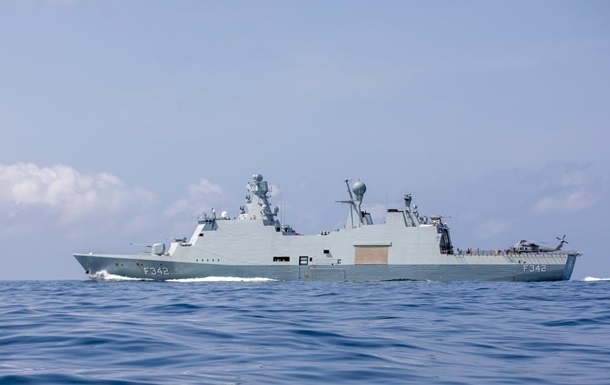 The Danish frigate Esbern is stationed in the Gulf of Guinea for the safety of commercial ships.

It is noted that the frigate patrolled the waters of the Gulf of Guinea. The military received information about a suspicious motor boat with people on board. The vessel was heading towards commercial ships.

The frigate headed for an unidentified vessel. In response to the warning shot, the pirates opened fire.

A short skirmish ensued. The Danish special forces were not injured. Five pirates were injured, some of them seriously. Four pirates were killed.

After the shootout, the pirate ship sank. Eight intruders were taken aboard the Esbern Snare, where one wounded was treated.

Prior to that, it was reported that Iran prevented a pirate attack on a tanker in the Gulf of Aden. An Iranian naval escort group opened fire on suspicious boats. The pirates were forced to flee.

Earlier we wrote that the marines of the Russian Federation freed a container ship with Ukrainians from pirates.