With a renovated space, the Memorial of Indigenous Peoples reopened to the public this Wednesday (24). The resumption of activities comes together with the opening of an unprecedented exhibition. Entitled “More than 12 thousand Years on this Earth”, the exhibition brings together 300 pieces from 15 native nations.

Part of the pieces and objectives are part of a batch of eight thousand artifacts seized by the Federal Police in the fight against the smuggling of indigenous objects and donated to the Department of Culture and Creative Economy of the Federal District.

::Read also | Jaider Esbell: “Indigenous art awakens an awareness that Brazil does not have of itself”:: 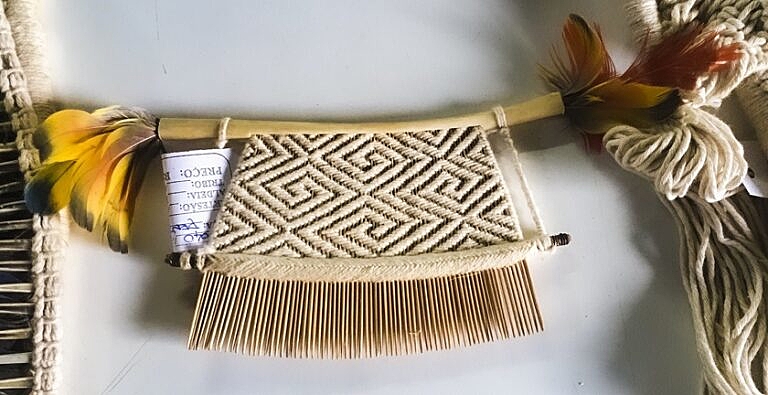 In all, the exhibition features 300 pieces belonging to 15 different indigenous ethnic groups / Disclosure/Secec-DF

The public that goes to the Memorial will see the remodeled space. According to the folder, during the pandemic, the site received an investment of more than R$ 500 thousand to change the floor, paint, clean and improve the signage and fire-fighting system.

With this donation, the Brasiliense museum becomes the second largest institution in safeguarding the memory of the first inhabitants. “The Indigenous Peoples Memorial has grown a lot as a museum,” says space manager David Terena. Indigenous, he recalls that the institution is a center for information, study and research on the cultures of native peoples.

With a title inspired by the presence of the original peoples long before the arrival of Europeans in the Americas, the exhibition has five sections: feathers, ceramics, basketwork and masks. This last section brings a novelty, with a part of the tactile display, in which visitors can handle objects (rattles, for example). The items to compose this part are those that are more resistant and that exist in duplicate in the collection.

In this part, everything that is exposed will be available to be played. Visitors with visual impairments can have this experience. To make the novelty viable, the Memorial team made contact with the Special Education Center for the Visually Impaired (CEEDV), of the Department of Education, which helped in the production of braille subtitles.

:: Deaths, threats and invasions: how does the indigenous woman who spoke at COP26 live? ::

The exhibition will feature photos of one of the great pioneers of ethnographic research in the Amazon, the German philologist, ethnologist and anthropologist Theodor Koch-Grunberg (1872-1924), who contributed to the study of indigenous peoples in South America in the late 19th century and beginning of the 20th.

At the Memorial, visitors will find records donated by the German embassy that were part of an exhibition about the scientific expedition in which Koch-Grunberg participated in the Upper Rio Negro region, between 1903 and 1905. From this trip, the researcher took them to the European country over a thousand photographic records and nearly 1,300 ethnographic objects.