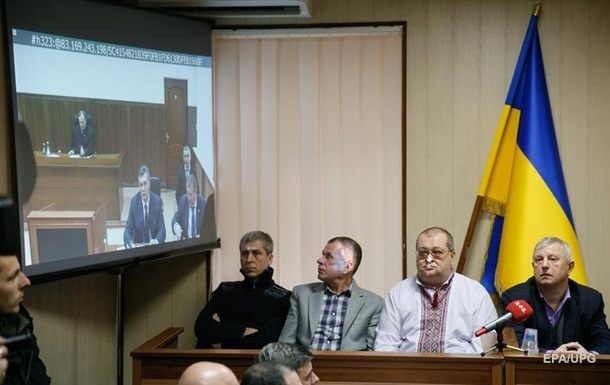 Yanukovych testifies via video link in the Maidan case

The European Union excludes persons from the sanctions list, in respect of whom there are no court decisions, Kuleba emphasized.

Only court decisions in Ukraine provide a guarantee that the European Union will not lift sanctions on officials from the time of ex-President Viktor Yanukovych. This was stated by the Minister of Foreign Affairs of Ukraine Dmitry Kuleba, writes European truth.

“We will work together with law enforcement agencies to maintain sanctions for these individuals, but I emphasize once again that the key is court decisions. If there are no court decisions, then in the end the sanctions will be lifted,” he said, commenting on a media report. on the EU’s decision to exclude Alexander Klimenko, Minister of Revenue and Duties of the Yanukovych era, from the sanctions list.

The Foreign Minister noted that the department is working more closely with law enforcement officers on this issue.

He said that at the beginning of the week, the meeting chaired by Prosecutor General Irina Venediktova was attended by law enforcement officers, Foreign Ministry officials and Deputy Prime Minister for European and Euro-Atlantic Integration Olga Stefanishina.

“We went through all the cases, all the lists, we saw where there are more prospects, where there are fewer, and now the wheels of the state mechanism in this matter will spin faster,” Kuleba stressed.

However, according to him, time is running out, and the restrictions are lifted from the persons involved in the sanctions list, in respect of whom there are no court decisions.

As previously reported, seven out of 22 Ukrainian ex-officials, against whom restrictions were imposed in 2014, remain under EU sanctions.