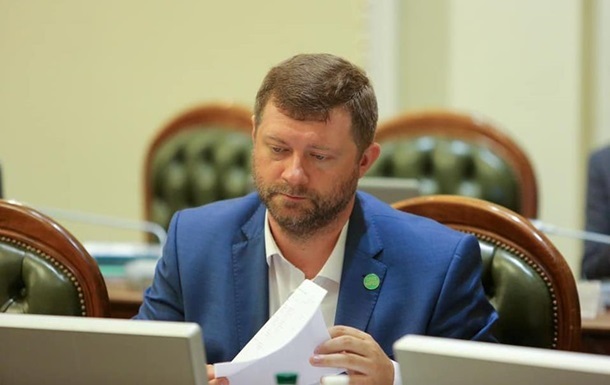 People’s deputies need a maximum of 8 hours to gather for an emergency meeting, Kornienko believes

Kornienko announced the BP’s action plan in case of a Russian invasion; Adaptive quarantine in Ukraine has been changed. Korrespondent.net highlights the main events of yesterday.

In the event of the outbreak of hostilities by Russia against Ukraine, the Verkhovna Rada will meet for several hours to introduce a state of emergency or martial law in the country. Deputy Speaker of the Parliament Alexander Kornienko said that in the event of active hostilities against the deputies, they will use means of protection so that they can vote.

The government has shortened the validity period of yellow COVID certificates from 120 days to 30 days. It was also decided to extend to the yellow quarantine zone the requirement of at least one dose of coronavirus vaccine for work and visiting institutions or with a certificate of recovery. Certificates now need to be read through the Diya app, rather than just being visually checked.

The Cabinet of Ministers approved an action plan to prevent the abuse of excessive influence by oligarchs who have significant economic and political weight in public life. The Action Plan includes the regulation of lobbying, and strengthening the capabilities of the AMCU, anti-corruption with the courts, and fair tariffs, and media regulation, and critical infrastructure, and energy security.

US President Joe Biden paid tribute to the victims of the Holodomor of 1932-1933 in Ukraine and expressed support for the sovereignty and territorial integrity of our country. According to him, the Ukrainian people overcame the horror of the Holodomor, showed their spirit and resilience and created a free and democratic society.

Ukraine receives IMF tranche for the first time since summer 2020

Ukraine received the second tranche from the IMF under the stand-by program in the amount of $ 699 million. The head of the NBU, Kirill Shevchenko, said on Facebook that the funds would go to the government’s account at the NBU and increase international reserves.

On the border with Belarus, a joint special border operation Polesie began, which is coordinated by the State Border Service of Ukraine and is carried out jointly with the forces of the National Guard, the National Police, the Armed Forces of Ukraine and other reserves. The State Border Service explained that these are “ongoing measures to increase the protection and protection of the Ukrainian border in order to prevent the migration crisis and counter illegal activities.”

Coronavirus incidence on the rise in Europe

Over the past day, in some countries of Eastern Europe, new maximum rates of infection with the COVID-19 coronavirus were recorded. So, in Hungary, the daily increase in infections for the first time crossed the mark of 12 thousand new patients. There are 6,840 patients with coronavirus in hospitals, of which 664 are in serious condition. 176 coronavirus patients died in a day. Slovakia reported the highest daily increase in new COVID-19 cases. According to Our World in Data, Slovakia, with a population of 5.5 million, now has the highest increase in infection per capita in the world. Over the past day, 10,315 new infections have been confirmed in the country.

The leader among the nominees for the 64th Annual Awards is the American singer and actress Olivia Rodrigo. She was nominated for all four main nominations at once. In particular, the 18-year-old actress is nominated for Best Album of the Year Awards as Best Female Artist, Record of the Year and Song of the Year.

Sergei Furgal was charged with organizing a criminal community and fraud

Russia launched a Soyuz rocket with a military satellite