Residents of Morro do Palácio, a community located in the Ingá neighborhood, in Niterói, in the Metropolitan Region of Rio, held a protest on Wednesday (24) demanding justice after the death of 24-year-old motorcycle courier Elias de Lima Oliveira. Protesters accuse military police of firing the shots that killed the deliveryman.

The victim’s brother, Leonardo Lima de Oliveira, was at the demonstration that stopped the main streets of the neighborhood. Leonardo was wearing a bloodstained cap worn by Elijah.

“My brother was leaving for work, he made deliveries through IFood, in cafeterias, pizzerias. My brother was framed unfortunately because the mouth [de fumo] it was close to the place where he was passing”, explained Leonardo, who also detailed the moment of the shots.

:: RJ Police did not report half of the operations that took place in 2020 to the Public Prosecutor’s Office ::

“Inhabitants of the Palace community said that the ‘policeman’ said ‘come back, come back, come back’ [para os moradores] and my brother was alive and not shot, between 30 and 40 seconds [depois] more or less, residents said they heard the two shots and that [os policiais] they still called my brother ‘son of a ****’”, said Leonardo, who pointed out that his brother was alive until he got into the police car. 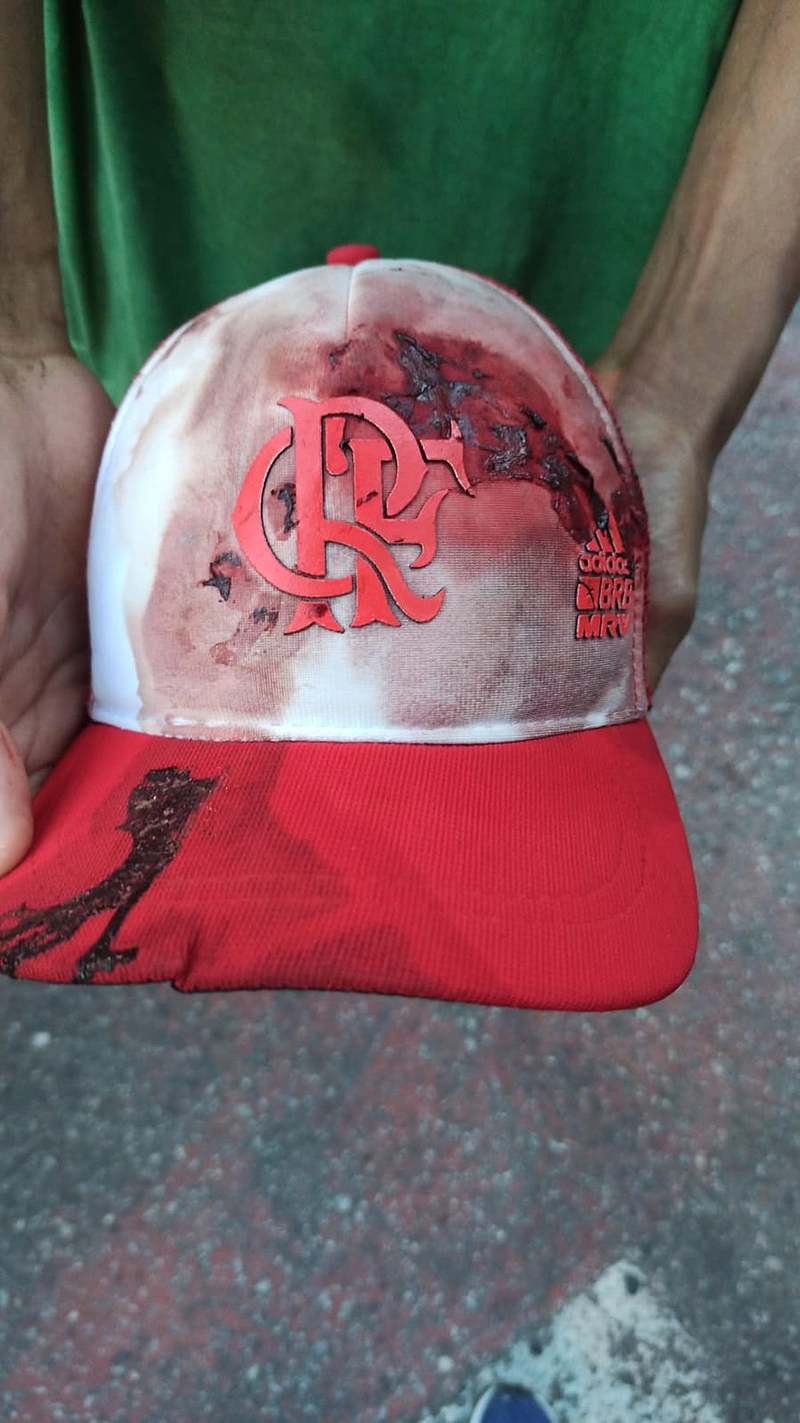 Read more: Jacarezinho: autopsy on victims of the operation contradicts the police version

Elias was taken to the Azevedo Lima State Hospital, in Niterói, but arrived lifeless at the unit. The boy’s mother, well known at the Palace, felt sick when she learned of her son’s death and also had to be taken to the health unit.

The police raid that resulted in Elias’ death also wounded a man identified as Heberton Carlos Monteiro, 27, in the arm. The victim is admitted to the HEAL and his health status remains stable.

Elias’ death comes two days after residents of Complexo do Salgueiro, in São Gonçalo, collected nine bodies in a mangrove swamp in the Palmeiras neighborhood after an operation by the Military Police.

The Municipality of Niterói issued a statement saying it regrets what happened to Elias and informs that it is providing support to family members. In the note, the municipal government also claims to defend a “culture of peace”.

“Niterói prioritizes prevention policies and encourages the development of a culture of peace through the Niterói Pact Against Violence, which combines a series of programs and public policies in support of public security, intelligence, conflict mediation and training and income generation for young people ”, says the statement.

:: Humans Right Watch and Amnesty International demand an answer about the slaughter in Salgueiro (RJ) ::

The Public Defender of the State of Rio de Janeiro informed the Brazil in fact who are currently following up on the case and waiting for the family to contact him so that he can take the appropriate measures.

In the report, the press office of the Secretary of State for the Military Police said that, on the afternoon of Wednesday (24), teams from the 12th BPM (Niterói) were attacked while patrolling one of the roads leading to Morro do Palácio , in Ingá, in the South Zone of the municipality of Niterói.

According to the agency, the team was approaching a suspect when he was shot at, causing a confrontation. After stabilizing the situation, a man was found injured and was taken to the Azevedo Lima State Hospital (HEAL) and did not resist. The note points out that while still in action, a man was arrested with a pistol and narcotics. The occurrence was sent to the 76th DP.

:: 125 years ago, Canudos exposed the difficulties of rural Brazil ::

To Brazil in fact, the press office points out that the police were called to investigate a demonstration that was taking place in front of the Azevedo Lima State Hospital (HEAL).

According to the PM, at the scene, the team was informed that a man wounded by a gunshot in the arm was admitted to that health unit, after being rescued by people. The wounded man remained hospitalized and is lucid. The occurrence was referred to the 78th DP.

The agency informs that a Military Police Inquiry (IPM) was set up to investigate the circumstances of the occurrence, in addition to investigations under the responsibility of the Civil Police.

Agroecology in elections: movements act to broaden debate on the topic

Kuleba is ready for a frank conversation with Lavrov

Dynamo will not receive money from Olympia according to Derlis Gonzalez