In the Federal District, between January and November 2020, 391 incidents of crimes against the LGBTQI+ community were registered, an average of 36 per month, or 1 per day.

Data from the Civil Police of the Federal District (PCDF) also show that cases of homotransphobia rose from seven records in 2019 to 26 occurrences in 2020, which represents an increase of 271%.

Among the incidents against trans people, in 2020, a total of 159 crimes were registered in the city. Among them, 26 cases of threats, 24 cases of injury, 21 of intentional bodily harm, 12 cases covered by the Maria da Penha Law, 5 attempted murder and 1 completed homicide.

Also according to the PCDF report, occurrences registered via the Electronic Police Station were not considered, since in this modality there is no field option to fill in the gender identity and gender orientation of those involved.

Although there is no official Civil Police data on transphobia in the federal capital for the year 2021, the occurrences of violations are reported on social networks and through collectives that work in defense of the LGBTQI+ community.

On November 15, presenter Scarlet Vasconcelos, a trans woman, was a victim of transphobia in the São Sebastião region. On a social network, she denounced the crime committed by three women and one man and said that the service was neglected by the DF Civil Police and by the Emergency Care Unit (UPA) to treat the injuries. 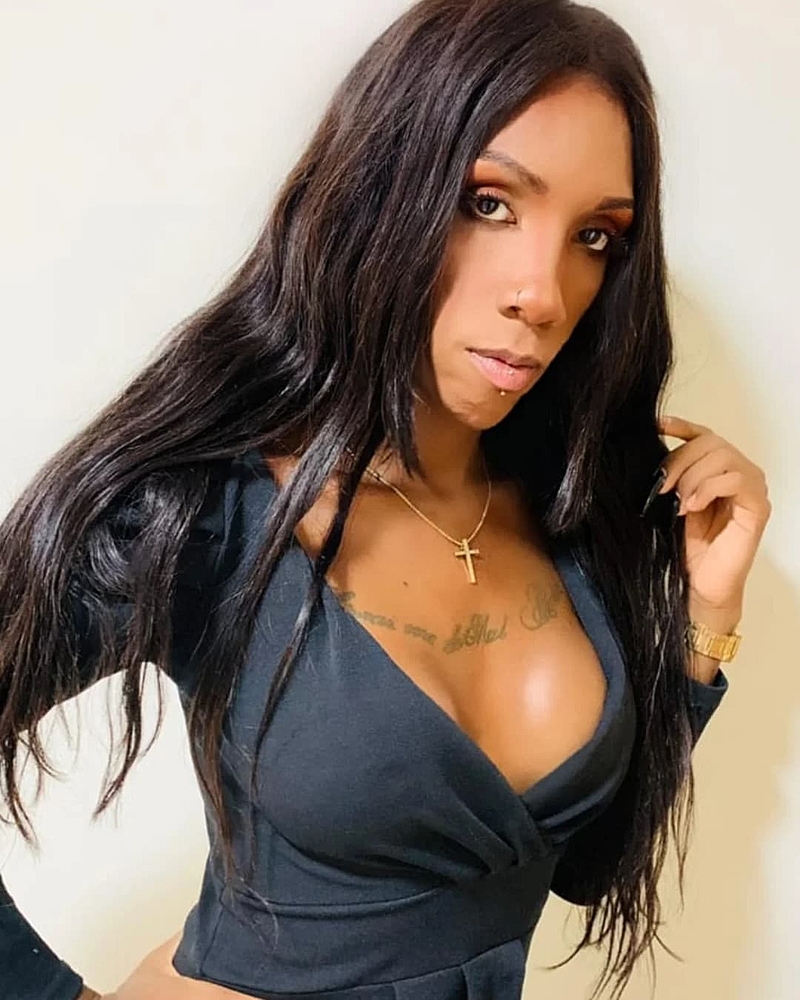 Scarlet Vasconcelos was a victim of transphobia on November 15 when she left a bar in São Sebastião, Distrito Federal. / Photo: Personal archive

“I don’t know where we are going, I won’t stop being who I am because of anyone, they’ll have to swallow my color, my race and my sexual orientation,” said Vasconcelos.

The transfeminist activist and president of the Ethics and Human Rights Commission of the Regional Council of Social Services (CRESS) of the DF, Lucci Laporta, highlights that the trans population in the DF lives “a situation of state abandonment, social subordination and generalized violence”.

She points out that the Trans Ambulatory, linked to the Department of Social Development of the Federal District (SES-DF), is the only specific social policy for trans people in the DF.

:: LGBT people had more financial and health problems in the pandemic, study says ::

“And it suffers from a pent-up demand of hundreds, with only one professional and the exhaustion of the professional team, which strives to assist hundreds of trans people who need specialized care”, he denounces.

Laporta points out that Brazil, as the 5th most violent country against cisgender women (those who are not transgender), “could not be a safe place for transvestites and transgender women”.

From January 2019 to November 2020, public roads were the main place where crimes against the LGBTQI+ population in the DF occurred, totaling 29% of the occurrences. Following the types of places with the highest criminal incidence are residences (28%) and various commercial establishments (9%).

According to the National Association of Transvestites and Transsexuals (ANTRA), in the first half of 2021, 80 murders of trans people were registered in the country. There were also 33 attempted murders and 27 human rights violations.

:: Without Census data, LGBTI+ population in Brazil will remain unknown for another 10 yearsyou ::

“Patriarchy expresses itself not only in the form of misogyny and machismo, but also in transphobia and other oppressions against the LGBT+ population. If there is no gender freedom for one group, there won’t be for any other,” says Laporta. 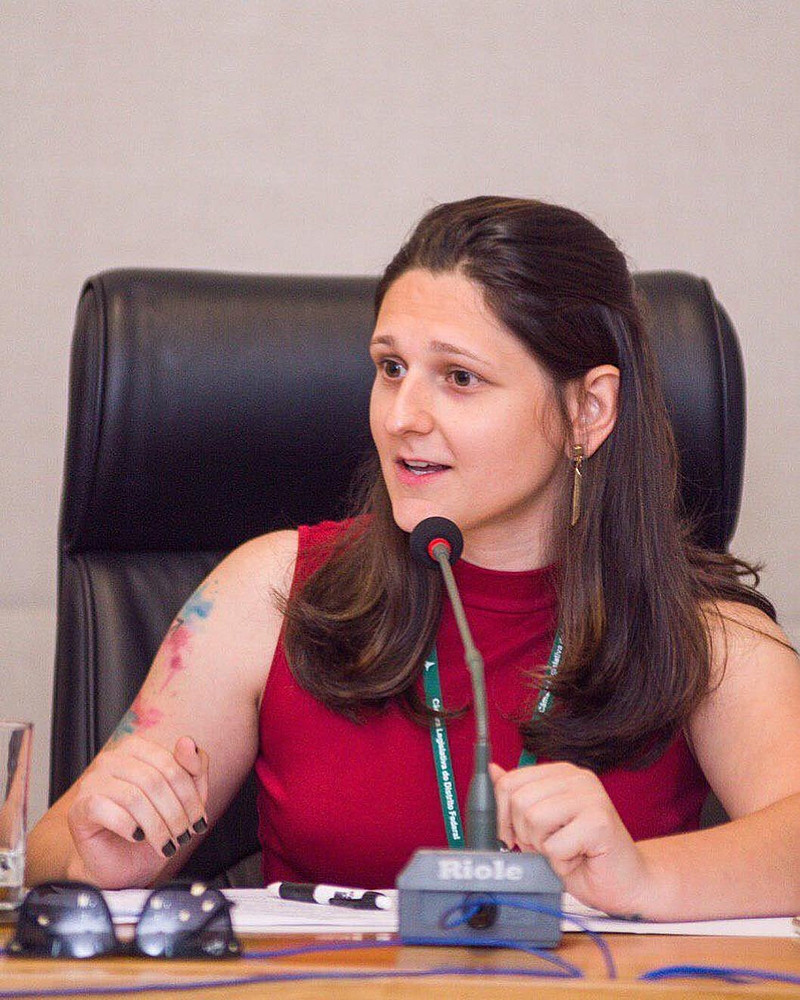 The parliamentary advisor and transfeminist activist, Lucci Laporta, says that the role played by the GDF in combating gender violence is “deplorable, negligent and non-existent.” / Photo: Alexandre A. Bastos/ Mandato Fábio Félix

The activist emphasizes that the aggressors “are people dominated by hatred, who feed on moralism, ignorance, religious fundamentalism or, in some cases, because the aggressor does not know how to deal with his own desire. Brazil, while being the country that kills the most transvestites and trans women in the world, is the one that most consumes pornography with trans and transvestite actresses”.

Laporta also informs that there is no program to promote education or employability for trans people in the DF, as occurs in almost all of Brazil.

When the topic is education for trans people, according to ANTRA, there is an estimate that “about 70% did not complete high school and that only 0.02% are in higher education”. Furthermore, “90% of the population of transvestites and transgender women in this country are involved in prostitution due to a lack of opportunities”.

:: Brazil has 4 million trans and non-binary people, reveals a study by Unesp, unprecedented in the country ::

For Laporta, all these issues are the effect of transphobia, which “expresses itself through domestic and family violence and institutional violence in schools and other spaces for socialization”. Why don’t social policies reach these teenagers? Why, for them, is reality the street, violence and sexual exploitation?”, asks the activist.

Even the 0.02% of transvestites and trans women who manage to access higher education find it difficult to get a job. “Because companies don’t want to change patriarchal cultures so that we can be respected in their environment. Or are they afraid of what customers will find. No wonder that only 4% of us are able to access formal employment”, points out Laporta.

The report of Brazil de Facto DF questioned the Social Development Secretariat of the Federal District about the implementation of programs to promote employability for the trans population. However, until the publication of the article, there had been no feedback.

On the role of the Federal District Government in combating gender violence, Laporta says it is “pitying, silent and non-existent. The CPI on Feminicide, carried out by CLDF, confirmed the total abandonment of the GDF in terms of combating gender violence. If not even cis women get protection from the State, what can be said of transvestites and trans women, who, because of transphobia, are often not even recognized as females”.

:: Movement files a petition to investigate the omission of public bodies in cases of femicide ::

“The GDF and society thus reaffirm that our lives are not important to them, that we are second-class citizens and that we only serve to supply the desires of “good men” who seek us out at night,” says the transfeminist.

What to do in case of LGBTIphobic violence?

The victim of LGBTIphobic crime who feels offended or is attacked should look for a police station closer to the place where the crimes occurred.

In Brasília, the Special Precinct for the Repression of Crimes for Racial, Religious or Sexual Orientation Discrimination, or against the Elderly or with Disabilities (DECRIN) was created in January 2016 to act to protect and guarantee the human rights of the LGBTI+ community.

Complaint and records of occurrences

At a different time from the one mentioned, the victim may go to the nearest police station to clarify any doubts. Transvestites, transsexual women and intersex women can contact the DEAM – Specialized Police Service for Women, in case of gender-motivated violence.

DECRIN informs that, if any member of the LGBTS community does not feel welcomed or has been disrespected in any of the police units, PCDF provides other channels for complaints, including institutional discrimination, through the ombudsman ([email protected] / 3245-7525) and the General Internal Affairs, at number 3207-5344.