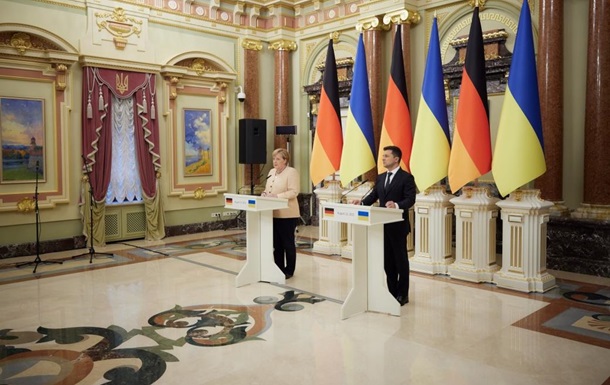 Merkel pledged her support for the independence, sovereignty and territorial integrity of Ukraine.

President of Ukraine Volodymyr Zelenskyy held a telephone conversation with acting German Chancellor Angela Merkel. During the conversation, they discussed the situation in the Donbass and the border with Russia, efforts in the “Normandy format” and the migration crisis. About it reported to the official representative of the Cabinet of Ministers of the Federal Republic of Germany Steffen Seibert.

“The Chancellor and the Ukrainian President discussed the security situation on the Ukrainian-Russian border and in eastern Ukraine. Chancellor Merkel assured of support for the independence, sovereignty and territorial integrity of Ukraine and stressed that the encroachment on them would not go unnoticed,” Seibert said.

He added that politicians “were unanimous about the continuation of efforts in the” Normandy format “to implement the Minsk agreements with the aim of a peaceful settlement of the conflict in Donbass.”