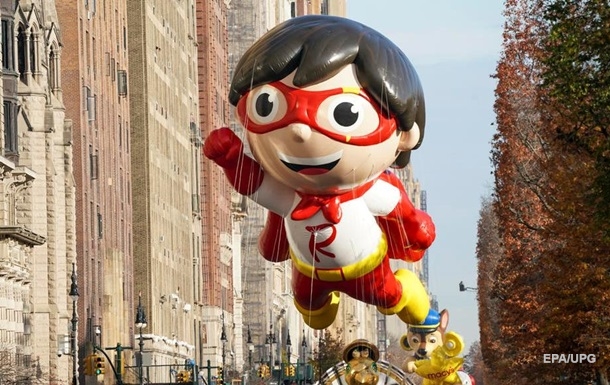 The procession was attended by about eight thousand people, the participants carried about forty different inflatable figures.

New York City hosted the annual Thanksgiving Costume Parade on Thursday, November 25th. This was reported by the world media.

It is noted that this year the parade was held practically without quarantine restrictions. In 2020, the celebrations were held with restrictive measures in connection with the coronavirus pandemic.

The parade was attended by about eight thousand people. Participants carried about forty different inflatable figures.

Access to the procession in the Central Park and Sixth Avenue area was free. Social distance was practically not observed at the parade.

An New York Police Department officer was waving Ningning when he saw aespa coming and she also notice him. pic.twitter.com/Qe3LIhQjZs

Earlier it was reported that in Afghanistan the Taliban held a military parade in Kabul.

In Belarus, an actor from Mogilev Vyacheslav Sikora was accused of "inciting hatred" and put on the international wanted list