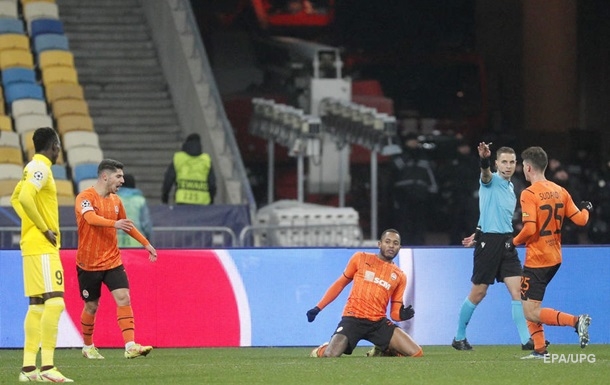 Today, December 7, on korrespondent.net there will be an online text broadcast of the Champions League group stage match between the Ukrainian Shakhtar and the Moldovan Sheriff.

UEFA announced the names of the referees who are appointed for the Champions League group stage match between Shakhtar Donetsk and Sheriff.

The team will be headed by a 33-year-old referee from Lithuania Donatas Rumshas, ​​who will be assisted by his compatriots – linesmen Alexander Radius and Dovidas Suziedelis. Robertas Valikonis will act as the fourth judge.

Regardless of the result of this match, Shakhtar will finish in fourth and the Sheriff in third place in Group D.

Consequently, the miners will be left without a Euro spring, and the club from Moldova will move to the 1/16 finals of the Europa League. Real Madrid and Inter will continue their fight in the Champions League playoffs from this quartet.

According to experts, Roberto De Dzerbi’s charges have a much higher chance of winning in this confrontation.