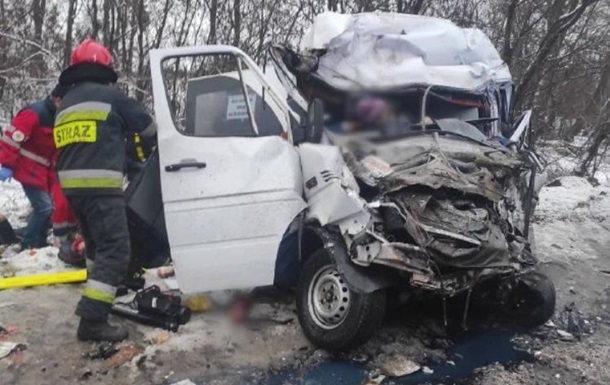 Six survivors left after the accident

Initially, it was reported about ten victims of the accident, but later it became known about the death of three more people.

The death toll in a collision of a truck with a minibus in the Chernihiv region on Tuesday, December 7, rose to 13, report in GSChS.

“As a result of an accident near the village of Brusilov, Chernihiv region, on the road N-27 Chernigov-Gremyach, 13 people were previously killed and 6 people were injured,” it was reported.

30 people and 13 pieces of equipment were involved in eliminating the consequences of an accident from the State Emergencies Service.

Let us remind you that the accident occurred in the village of Brusilov, Chernihiv region, on the road N-27 Chernigov-Gremyach at about 7:55 am. Initially, 10 casualties were reported.