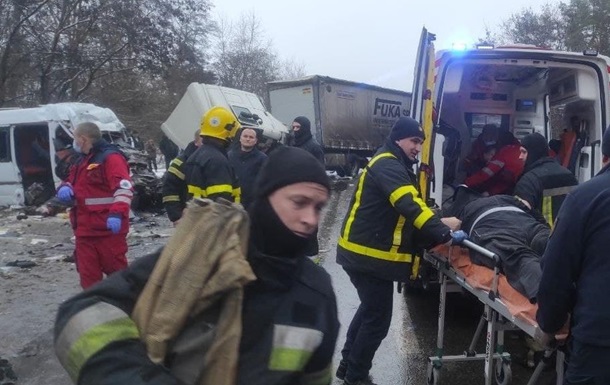 The accident could have happened due to a slippery road or due to violation of traffic rules by drivers.

Law enforcers are considering two versions of a fatal accident with a minibus and a truck that happened on the morning of December 7 in the Chernihiv region, writes Today.

“The section of the highway is not hazardous, there has never been a concentration of road accidents. Therefore, there may be two reasons – either a slippery road, or a violation of traffic rules by drivers,” rescuers told the publication.

Their words are confirmed by the police.

Due to an accident on the Chernihiv-Mena road near the village of Brusilov, a temporary traffic restriction was introduced, informs Ukravtodor.

The resumption of movement will be announced additionally.

Let us remind you that the accident occurred in the village of Brusilov, Chernihiv region, on the road N-27 Chernigov-Gremyach at about 7:55 am. Initially, 10 casualties were reported.