The population of the Federal District has a new vaccination post centralized in the country’s capital. The service unit was inaugurated by the Department of Health of the DF this Monday (6) in the morning, when it made available a total of 450 doses of AstraZeneca and Coronavac vaccines, both for the first and second application.

The initiative is the result of a partnership between the Federal District Government (GDF) and the Social Service for Commerce (Sesc).

The main objective, according to the GDF, is to facilitate access to the first dose for those who have not yet taken it. The point serves all eligible publics for vaccination (elderly people, adults and adolescents) and offers immunizations for the first and second doses, in addition to the booster dose.

::People over 57 years old can already take a booster dose against covid in the Federal District::

“The estimate of the public to be met will depend on the spontaneous demand observed during this first week of operation, but the folder emphasizes that the Central Health Region has a sufficient stock of vaccines to meet any demand that may arise”, informed the SES-DF, in note. Around 700,000 people circulate through the Plano Piloto bus station daily. It is the largest multimodal terminal in the Midwest Region, integrating the transport of buses, BRT and subway lines. 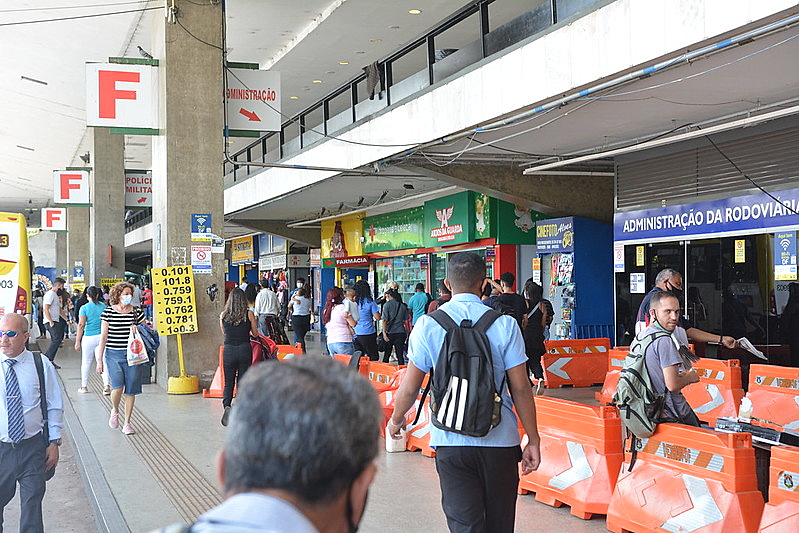 The vaccination point is located next to the Bus Station and is open from Monday to Friday, from 9 am to 4:30 pm. The site team is composed of a Technical Responsible (RT) from the Health Department and 13 professionals provided by the partnership with Sesc.

Since the beginning of the vaccination campaign in the DF, more than 2.2 million vaccines have been applied in the first dose, which corresponds to 88.78% of the population aged 12 years or more (75% of the population) in general.

On the other hand, complete immunization (with two doses or a single dose of Janssen) was completed by about 2 million people, which corresponds to 78% of the population aged 12 and over (65.91% of the total population).

Bolsonaro’s blockade in the federals will impact the poorest, food and outsourced jobs

A foreigner in a car rammed the gates of Yanukovych's residence