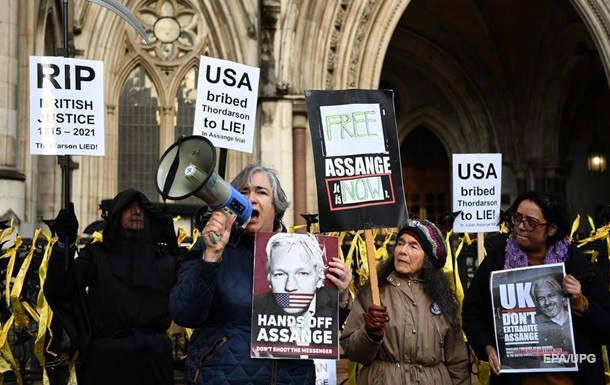 The case will now be sent to the Home Secretary, who will have to decide whether Assange should be extradited to the United States.

The London High Court upheld an appeal by the US Department of Justice to extradite WikiLeaks founder Julian Assange to America. This is stated in a court decisionpublished on Friday, December 10th.

The case is now expected to be returned to the trial court – Westminster Magistrates’ Court, which previously ruled that 50-year-old Assange could not be extradited to the United States due to the risk of his suicide. The document also stipulates that the founder of WikiLeaks should remain in custody.

“The Court of Appeal rejected all kinds of criticism by Assange’s representatives about the assurances given by the US Attorney’s Office, and concluded that they were sufficient to allay the concerns (about Assange’s suicide threat – ed.) That formed the basis of the district judge’s decision For this reason, the court decided to uphold the appeal and ordered to refer the case back to the magistrates’ court so that the judge would refer the case to the Home Secretary, who should decide whether Assange should be extradited to the United States, “the court’s decision says.

As you know, Washington charged Assange on 18 counts, including violating the law on espionage and conspiracy to hack into a government computer. He faces 175 years in prison.

Julian Assange is currently in a London prison, where he was taken after he was extradited to the authorities by the Ecuadorian embassy. He has been hiding there since 2012.

KIU named the most silent MPs of 2021