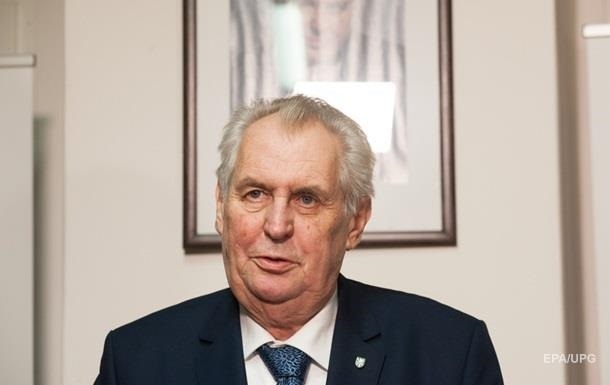 Zeman believes that the candidate for the post of Foreign Minister Jan Lipavsky allegedly does not have sufficient professional qualifications.

In the Czech Republic, the composition of the government is formed. President Milos Zeman refuses to agree on the candidacy of a new foreign minister. Writes about it iDnez.

According to Zeman, the candidate for the post of Foreign Minister Jan Lipavsky allegedly does not have sufficient professional qualifications. He notes, notes that he is not obliged to agree on all proposals submitted to him from members of the government.

According to the new Prime Minister Petr Fiala, the Constitutional Court will decide on the distribution of powers in appointing new members of the government.

As noted by the President of the Constitutional Court Pavel Ryshetsky, the consideration of the issue will last from two to five months.

Earlier it was reported that the Czech Senate will not deprive Zeman of the presidential powers.

Tikhanovskaya: I don't understand the difference between "very concerned" and "seriously"