Bloomberg named the top 10 risks of the next year 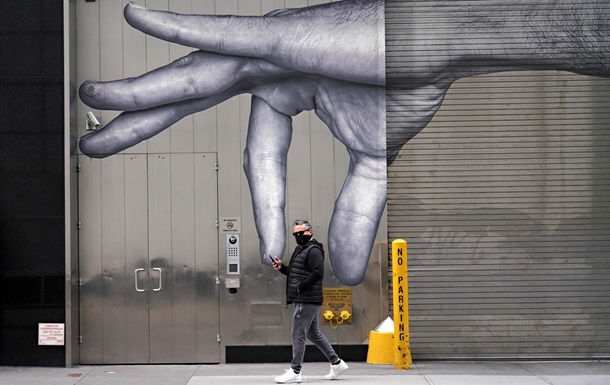 Among the main threats to the global economy next year are the continuation of the pandemic, inflation, China’s problems and turmoil in Europe.

Bloomberg analysts expect the global economy to continue to recover next year. However, there are threats to further growth. Edition called ten main risks.

The next strain of coronavirus may be more infectious and deadly, which, in turn, could hit the economy. According to analysts, a return to strict restrictions even for three months is fraught with a slowdown in economic growth in 2022 to 4.2%.

If at the beginning of 2021 it was predicted that the United States would end the year with inflation of 2%, now this figure is already close to 7%. In particular, analysts attributed to the inflation stimulus the aggravation of the situation in relations between the Russian Federation and Ukraine, which in turn leads to an increase in gas prices.

For markets, tough Fed policy is a problem, especially when there are bubbles. According to analysts’ forecasts, if the regulator raises the rate three times and announces its readiness to reach 2.5%, then the United States will meet with a recession in 2023.

The growth of the Chinese economy in 2022 risks slowing down to 3% against the expected 5.7%. This will lead to a “domino effect”, analysts say. The reason is the policy of “zero tolerance” to the coronavirus, regardless of the strain, as well as ignoring the consequences of the crisis in the real estate sector.

In addition to the Ukrainian factor, analysts also pay attention to the upcoming elections in Italy and France. If the Eurosceptics win, the cost of borrowing for these countries will rise, and with a sovereign sovereign debt spread of 300 basis points, a recession may ensue.

In 2022, UBS estimates that governments will scale back support by about 2.5% of global GDP. This factor will especially strongly affect the economies of Japan, Canada, Italy and Great Britain.

A Fed rate hike usually raises the dollar. This causes capital outflows and sometimes currency crises in developing countries. In 2013 and 2018, Argentina, South Africa and Turkey were hit hardest by this. According to analysts’ calculations, in addition to the listed economies, the economies of Brazil and Egypt are also at risk in 2022.

Even compared to the Arab spring of 2011, the food availability situation could deteriorate markedly, especially in countries such as Sudan, Lebanon and Algeria. This means the risk of new instability in the region.

A full-scale “trade war” between the EU and the UK is unlikely, analysts predict. Nevertheless, this does not exclude problems at the customs borders. This, in turn, can lead to an increase in consumer prices.

The escalation around Taiwan could also have a negative impact on the global economy. The agency calls the “war of the superpowers” the worst scenario. In other scenarios, we are talking about sanctions that could freeze ties between China and the United States. One of the negative scenarios is the collapse of Taiwan’s semiconductor manufacturing, which will hit a whole list of industries.

We will remind, last week a well-known analyst said that the world is facing an economic catastrophe and a war between the United States and China.

Earlier, the IMF called a new strain of coronavirus the main risk for the world economy.

The world is covered by record inflation. What are the reasons

The body of a soldier was found near the Dnieper