The public school teacher and current director of the Federal District Teachers Union (Sinpro-DF), Rosilene Corrêa, launched her pre-candidacy for the DF government by the Workers Party (PT) this Monday (13th). ).

The internal event brought together dozens of party and social movement activists, as well as parliamentarians and union leaders and other left-wing parties.

Rosilene will compete for the party’s internal nomination with former federal and district deputy Geraldo Magela, who was PT’s candidate for the Buriti Palace in two elections. The definition should only come out in the middle of next year, in the period of party conventions. The 2022 elections will take place in the second half.

::Rosilene Corrêa: They attack Paulo Freire, but to whom is the drama of public education due?::

“It is legitimate, necessary, for the PT to discuss which is the best path. And, at this moment, in the PT, in addition to the candidacy of fellow Érika [Kokay], for the Senate, we also have the name of comrade Magela and the name of comrade Rosilene, two extraordinary PT militants,” stated PT-DF president Jaci Afonso.

Citing her priorities as a pre-candidate and because she decided to run for a nomination to the GDF instead of a candidate for deputy, Rosilene said that the Federal District is urgently in combating problems such as the hunger that plagues the region and the country.

“I do want to be in Buriti so we can change this reality. The Executive does this faster and hunger cannot wait,” he said during the speech to launch the pre-candidacy. “There are some things that are urgent. Here in the DF, there are also our indigenous people. Here in the country’s capital, there is the extermination of black youth, there is an incentive to violence against women and LGBTQIA+”, he added. 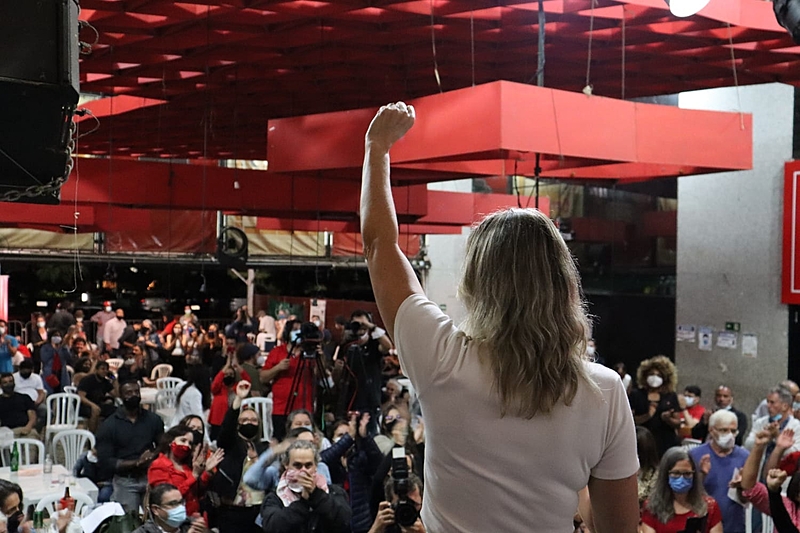 Rosilene Corrêa speaks during the launch of her pre-candidacy for the GDF by the PT, at an event at the bar Outros Calaf, central Brasília / Reproduction/Facebook.

Rosilene Corrêa is a retired teacher in the DF’s public school system. Trained as a pedagogue, she is also a director of Sinpro-DF and the National Confederation of Education Workers (CNTE) and columnist Brazil de Fato DF. In her speech, she also highlighted her relationship with education in the country’s capital.

“My cradle is education! I am very proud to represent DF educators and have experienced the way in which education transforms lives”.

Rosilene is the third pre-candidacy for the DF government launched by the left-wing opposition in the country’s capital. In September, district deputy Leandro Grass (Rede) had already released his name. In October, it was the turn of the former secretary of education of the DF, Rafael Parente, of the PSB, to present his name in the dispute with the GDF for the party. Other subtitles such as PSOL and PCdoB have not yet had names. The tendency, in the DF, is that at least part of these parties unite in an alliance in the dispute for the government.