A protest action with inflatable tanks is underway in Kiev 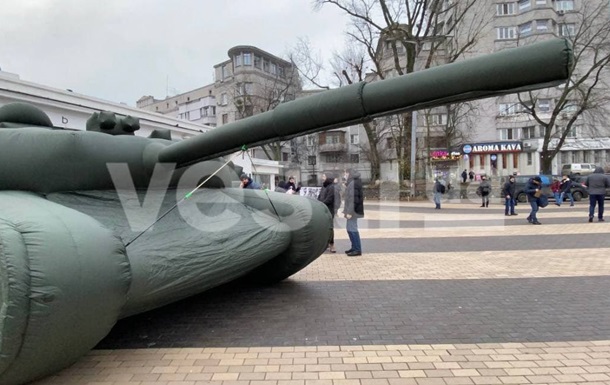 In this way, the organizer of the action expresses its protest to the military unit, which previously held a tender for the purchase of such models.

In Kiev, near the Arsenalnaya metro station, a protest action is taking place using inflatable tank models. This was reported by the VESTI Telegram channel.

“Perhaps the most unusual protest action in recent years is taking place in Kiev on Arsenalnaya. There a private entrepreneur (not representing the SaveFOP movement) has installed several inflatable tanks in a 1: 1 scale on the square,” the message says.

Thus, the organizer of the action expresses its protest to the military unit, which previously placed a tender for the purchase of such models. The entrepreneur won the tender and made the order, but the military refused to take the products.

At the present time, the lawsuit is ongoing over the payment of the order.

Earlier it was reported that the Ministry of Defense of the Russian Federation almost doubled the orders of imitation and camouflage equipment for military equipment.