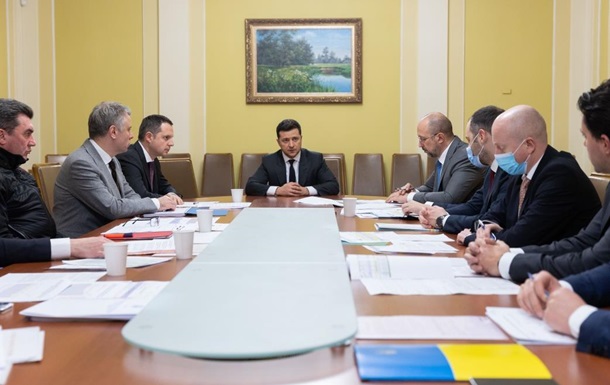 Zelensky instructed to ensure the uninterrupted passage of the heating season

The passage of the heating season in Ukraine is going on in a controlled and planned manner, the OP assured.

A meeting of the energy coordination headquarters on the situation in the energy sector and the passage of the heating season was held at the President’s Office with the participation of President Volodymyr Zelenskyy. About it informs his press office on Friday 17 December.

“We, as a state, must do everything to ensure the uninterrupted passage of the heating season,” Zelensky said.

In turn, Shurma noted that the passage of the heating season is going on in a controlled and planned manner, the situation with coal reserves is improving.

Prime Minister Shmygal assured that the situation in the energy sector is stable and controlled, albeit tense, as in the previous heating seasons. Now it is complicated by the energy crisis in Europe.

The government and the Ministry of Energy coordinated work with the operators of the energy market, NEC Ukrenergo and NKREKU to resolve the situation with a shortage of coal in the warehouses of individual TPPs and CHPPs.

“I want to assure the residents of the Luhansk region, in particular the city of Happiness and those settlements that are heated by the Luhansk TPP, that your houses will not be left without electricity and heat. The government has done everything necessary for this, in particular, an additional service has been prepared for working on gas for four private thermal power plants and thermal power plants “, – said Shmygal.

The meeting discussed other potential risks of the heating season.

Rostislav Shurma added that after the end of the heating season in March-April, work will begin to reduce the inefficient consumption of natural gas, in particular, a thermal modernization program will start.

“The first 5,000 houses are our goal for next year. This program will not last for one year, but for seven to ten years and assumes that the vast majority of 180,000 multi-storey buildings will be thermally modernized,” he said.

According to Rostislav Shurma, thermal modernization of social facilities will be carried out in parallel.

“In general, we expect that this will allow to reduce gas consumption in our country by 30-40% cumulatively,” he said.

Additionally, a program will be implemented to increase the production of natural gas and other minerals in Ukraine.

Earlier this week, it was reported that coal reserves at TPPs in Ukraine had slowed growth. There were just over 450 thousand tons of coal in the warehouses.