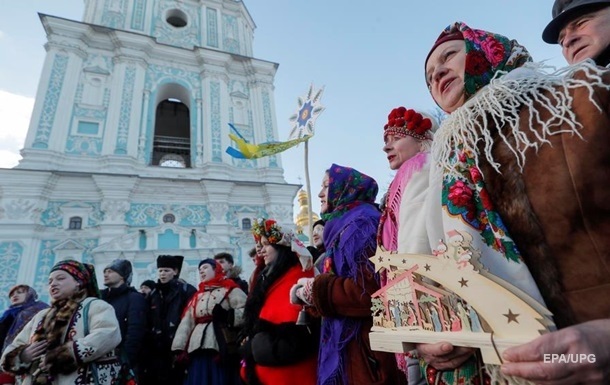 The biggest problem for Ukrainians is the military conflict in Donbass; According to experts’ forecasts, China’s economy will be able to overtake the United States and become the leading one by 2030. Korrespondent.net highlights the main events of yesterday.

Ukrainians named the main problems of the country

Next year, the volume of the world economy will exceed $ 100 trillion for the first time.

Next year, global production will surpass $ 100 trillion for the first time. This forecast was published by one of the leaders of the consulting business in the United Kingdom, Cebr. China is projected to become the world’s leading economy in dollar terms in 2030, two years later than predicted in last year’s World Economic League report.

The Commander-in-Chief of the Armed Forces of Ukraine, Valery Zaluzhny, explained what exactly provides for military registration for women. According to him, we are not talking about conscription or mandatory mobilization of women into the army. Moreover, it is planned to introduce a transitional norm concerning the fees (training) of persons liable for military service, namely: women will serve training exclusively at will.

The commanders of the British Armed Forces have already drawn up contingency plans in Ukraine and are ready to evacuate their troops. Sources claim that in the event of an escalation of the conflict, the British military will head towards the border with Poland. The order for the evacuation will come from the chief of the British Joint Operations Directorate of the headquarters of Colonel General Charlie Strickland. His subordinates will soon “be ready”, as well as observe the “atmosphere” and situation.

Putin said that Russia was “pinned”

The policy of the West has “pinned” Russia to such lines, “beyond which there is nowhere to retreat.” This was announced on the air of one of the TV channels by Russian President Vladimir Putin. He reiterated the danger of missile systems appearing on the territory of Ukraine. Putin said Russia was working on different responses if the United States and NATO refused to consider proposals for a security guarantee.

The date of the Russia-NATO summit has become known

Secretary General of the North Atlantic Alliance Jens Stoltenberg decided to convene a meeting of the NATO-Russia Council on January 12. The Russian Ministry of Foreign Affairs confirmed to the agency that it had received the offer and is considering it.

The European Union has prepared large-scale sanctions in case of further Russian aggression against Ukraine. European Commission President Ursula von der Leyen noted that the United States also shares these principles. According to her, EU support is manifested in the agreements on association and free trade, which “need to be studied and deepened” to make trade in goods and services more profitable for Ukraine, as well as for Georgia and Moldova.

In Ukraine, as of December 26, Volyn and Zaporozhye regions remained in the red quarantine zone. The hospitalization rate has not been exceeded in any region. Also, no region has exceeded the occupancy rates of oxygen beds allocated for the treatment of patients with COVID-19. Throughout the country, this figure is 24.6%, with a certain ceiling level of 65%.

Sawmill with warehouses burned down near Kiev