Find out how to help the more than 471,000 people affected by floods in Bahia

The floods that hit the southern region of Bahia and have already left a trail of more than 471,000 people affected have also stimulated a chain of solidarity and support for the victims. Different civil organizations, churches, city halls and other actors have been mobilizing since the last days to bring water, supplies and other donations to the families.

The state now has a total of 21 dead and 77,092 people who are homeless or displaced due to the floods that hit several cities. In all, 136 municipalities are in an emergency situation. Below are some examples of channels through which help can be provided to affected families.

::Understand what is causing the rains that left southern Bahia under water::

The corporation is receiving donations in every quarter of the state and has warned followers on social networks that it does not receive pix or bank transfers, limiting itself to donations such as food, drinking water and the like. The institution publishes information daily through its official Instagram profile: https://www.instagram.com/cbmba193/ .

The Landless Rural Workers Movement (MST) in Bahia has pleading food donations in its settlements in different parts of the state and also receives supplies from the population in general interested in participating in the campaign, which distributed 1,200 lunchboxes this Tuesday (28).

“Our militancy as a whole has made an effort to fulfill this role, which is very important at this difficult time for the Bahian population. The most recent rains have started now, and the prospect is that these problems will also continue because many people are still unable to return home as the water has not subsided. We must continue with these actions of solidarity”, says Evanildo Costa, from the national directorate of the MST in Bahia. 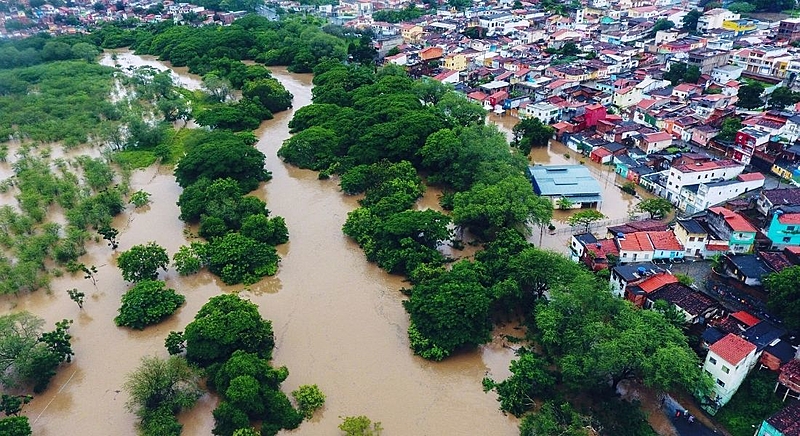 The products are sent to people affected by the floods in the Chapada, Baixo Sul, South, Southwest and Extreme South regions of Bahia. The MST also receives cash donations through pix [email protected] , whose account is in the name of Carlos Eduardo de Souza Pereira.

The entity’s support points also receive, in addition to food, mattresses, blankets and clothing. The telephone number provided by the organization for more information is (61) 99665.0113.

The Municipality of Itabuna, one of the cities most affected by heavy rains and where the Cachoeira River overflowed, receives cash donations through the local Civil Defense current account. Those interested in making a transfer must direct the amounts to: agency 0070-1, C/C 131.740-7.

The pix keys are the email [email protected] and CNPJ 14.147.490/0001-68. More information is disclosed by the municipality’s Instagram account: https://www.instagram.com/prefeitura.itabuna/

The group Social Volunteers of Bahia (VSBA) has been promoting, since last Sunday (26), a campaign to collect non-perishable items, water, hygiene and cleaning materials, as well as clothes. Donations must be delivered at the VSBA headquarters, at Palácio da Aclamação, in Campo Grande, Salvador. The opening hours for the public are from 8 am to 8 pm.

The Brazilian Bar Association in Bahia (OAB-BA) also made its headquarters available to receive products to be sent to affected families. Food, mineral water, hygiene and cleaning products can be donated. The institution is located at Rua Portão da Piedade, 16, in the Dois de Julho neighborhood, in Salvador.

The Central Única das Favelas (Cufa) joined the National Anti-Racist Front and the Bandeirantes group in a mobilization that raises money to buy food, hygiene items and other products that may be useful for flood victims.

There are also donation points in other states. In Brasília (DF), for example, the Civil Defense of the Federal District (DF) is mobilized in a campaign that receives food, blankets, clothing, water and personal hygiene and cleaning products. The movement started this Tuesday (28).

Those interested in contributing can leave the products at any unit of the Civil and Military Police, the Fire Department or at the Civil Defense headquarters, located in section 6 of the Industry and Supply Sector (SAI).

Before the auction, communities in MG denounce irregularities in the Zema Rodoanel project

Strong explosions hit Russian air base in Crimea; one person died and 7 were injured

Candidate for the Senate of RS, Hamilton Mourão stops declaring himself indigenous and turns white

A man was shot in the Odessa billiard club