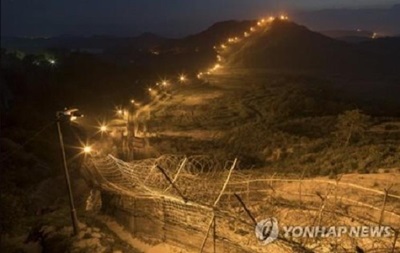 The South Korean military sent the DPRK a notification of the incident through the inter-Korean communication line. So far, nothing is known about the fate of the defector.

An unidentified man crossed barriers in eastern Gangwon Province on Saturday and fled the South for North Korea. Reported by the agency Yonhap citing the South Korean military.

It is indicated that special equipment tracked the presence of a person in the demilitarized zone at about 21:20 (14:20 Kyiv time) on Saturday. His identity has not been disclosed.

“The military were sent to capture him, and during the operation in the demilitarized zone it was found that the unknown person at about 22:40 (15:40 Kiev time) crossed the military demarcation line (the actual border with the DPRK – ed.) And fled to the North.” – said the representative of the Joint Chiefs of Staff of the Republic of Korea.

On Sunday morning, the South Korean military sent the DPRK a notification of the incident via the inter-Korean communication line. So far, nothing is known about the fate of the defector. No action from the North Korean military has been observed either.

As you know, since October 4, 2021, South Korea and the DPRK have restored the normal operation of inter-Korean communication channels, including military lines.

And in December it became known that North and South Korea, the United States and China agreed to conclude a peace agreement. At the same time, official negotiations have not yet begun.

In Ukraine, not a single hospitalization with COVID per day

In Russia, a bus flew into a bridge support, five victims