Servants that make up the federal machine are preparing for the next 18th a national strike to pressure the Bolsonaro government for salary readjustments.

No increase since 2017, the segment took more breath to protest, especially after the management made room in the 2022 Budget for an adjustment aimed at public security workers.

“There is no reason to have this differentiated treatment just for police officers”, says the president of the Permanent National Forum for Typical State Careers (Fonacate), Rudinei Marques.

“Of course, they’ve also had a delayed salary since that period, but there are 40,000 out of a universe of 100,000 employees in the Union. So, everyone has an outdated salary, everyone does their campaign”, he explains.

The sector had the last increase in salaries in January 2017. “Adjusting the IPCA from there to now, there is a gap of 27.2%, that is, more than a quarter of salaries have already been eroded with inflation”, exclaims the leader.

The institution, which brings together 37 workers’ organizations, defined a two-week interval until the strike to intensify grassroots mobilization and comply with the formalities required by legislation in what concerns strikes and strikes.

Fonacate represents a contingent of 200 thousand federal employees, about a third of the more than 580 thousand who are currently active.

The movement should disturb the government’s peace, especially if there is adherence to the idea of ​​strike within the scope of the Forum of National Entities of Federal Public Servants (Fonasefe), which currently listens to the categories to define their own paths. 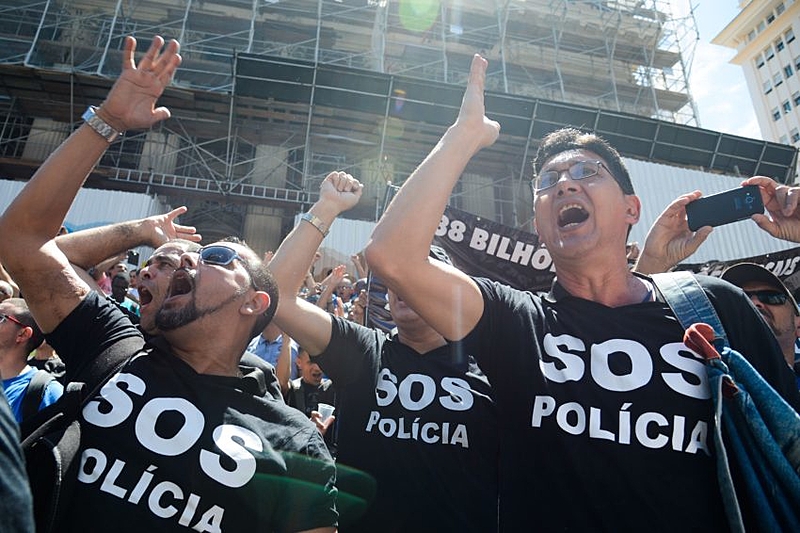 In search of electoral dividends, Bolsonaro gave in to police calls for a raise in 2022, when president will seek reelection / Tomaz Silva/ Agência Brasil

Always averse to the civil servants’ agenda, the Minister of Economy, Paulo Guedes, has been trying to recruit ministers and other managers of the Executive in harmony against the articulation of civil servants.

Report from Folha de São Paulo revealed, on the 28th, that the agent sent messages to the group, drawing a parallel between the possible adjustment and the tragedy of Brumadinho, which ended with 270 dead in 2019.

“Brumadinho: small successive leaks until the dam explodes and they all die in the mud”, said Guedes, in one of the communications after signaling, in another message, that the management tends to break down if there is a readjustment and “the disease returns”, in a reference to a new exacerbation of the pandemic.

“Wages have been frozen since 2017. If the break was because there was an adjustment, the reality would be different”, says Sérgio Ronaldo, from Fonasefe.

The entity brings together 22 national civil servants, bringing together more than 1 million federal employees, a segment that amplifies dissatisfaction with the Bolsonaro government every year of the administration.

Usually aloof with the machine workers, the president bankrolled, in recent years, a series of squeezes that harmed the structure of work and public services offered by the Union. 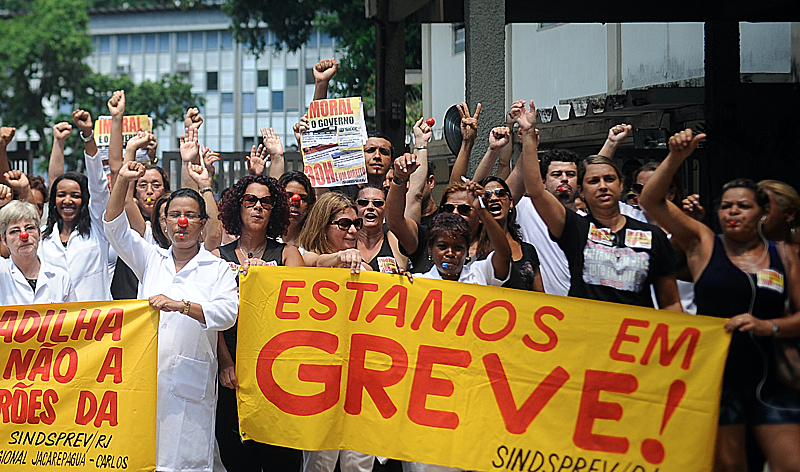 “We want to discuss public administration as a whole”, points out Sérgio Ronaldo.

In addition to salary recomposition due to the civil servants’ loss of purchasing power, he emphasizes the need to discuss restructuring, “but not like administrative reform, which is the destruction of the public service”.

“We want them to take a public examination, to rebuild the workforce, they want to improve resources for science, education, health policies, among other things”.

The government’s concession for restructuring civil servants’ careers meant that BRL 1.7 billion of the 2022 Budget was set aside for adjustments, with an indication that the money will be used to benefit the Federal Police (PF) and Highway Police careers Federal (PRF) and the National Penitentiary Department (Depen), sectors where the president finds broad ideological support.

With the uprising of the other categories, the government may face a strike in February, as indicated by Fonacate after an assembly with representatives of the segment that took place last week.

The consternation of officialdom is already showing signs of greater alarm. In the last second (3), for example, the Central Bank Servants Union (BC) made an appeal for the delivery of commissioned positions in the form of a protest for the lack of adjustment.

The organization also encourages others not to accept replacing those who resign from the government. The institution has an average of 500 commissioned functions and an eventual adhesion can help stop BC’s work.

The dissatisfaction has also caused bumps in the Internal Revenue Service, where since the end of the year, more than 1,200 tax auditors have already surrendered their positions.

Leaders of the National Sindifisco are meeting in Brasília (DF) until this Thursday (6) to debate articulation strategies and pressure on the government.

The category complains about the budget cuts that Guedes’ team promoted at the agency for this year and raises other demands for career enhancement.

“The government is going to have a lot of difficulty”, believes analyst Marcos Verlaine, from the Inter-Union Department of Parliamentary Advice (Diap), for whom the headache may be greater when it comes to the performance of the tax authorities, an area that deals with collection and inspection tax.

“The impression one gets is that, looking at how the end of the year was for public servants in the engagement against administrative reform, this movement has great potential to affect the government”, he points out. 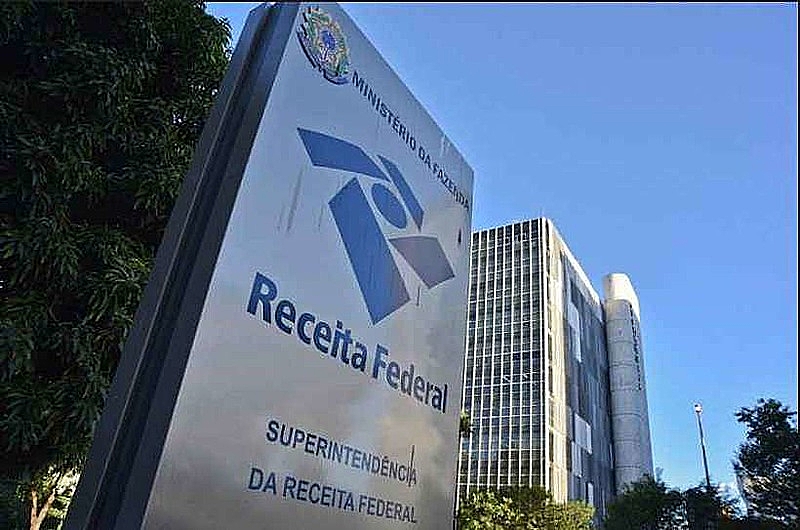 A prestigious organization with the government, the IRS is already the scene of more than 1,200 layoffs among commissioners since December / Reproduction

Political analyst Leonel Cupertino notes that the forecast in the budget does not set out in detail the channeling of resources to security workers.

For him, the next moves in the political game should be divided into three trends: people defending readjustment for everyone, the bulletin board in Congress pleading for the readjustment of careers in security and the wing that will not want readjustment for any career, which is already the trend of technicians from the Ministry of Economy.

In the event of an eventual salary increase for all – a distant possibility given the trend of Bolsonaro’s management – ​​the increase would end up being much lower than the claimed 27.2% recomposition, since the funds would have to be apportioned, which would bring greater dissatisfaction among the police. “Wherever you look, it’s a snooker because the president moved a hornet’s nest,” says Cupertino.

For political scientist Leonardo Barreto, the crisis with officialdom around the agenda The adjustment was generated “due to inability” by Bolsonaro, who took advantage of a window between the end of the decree for the state of calamity in the country and the electoral period to give a nod to the police.

“And the president decided to prioritize the PF for who-knows-what reasons. There is no State policy, a policy for negotiating the salaries of civil servants. There are interests that are not always clear. The president ended up, with all that, causing a rebellion in the other categories, and many of them have not gone on strike since the FHC government”, he recalls.

For the political scientist, whatever the direction of the negotiation process, the deception can damage the image of the management due to the government’s lack of financial planning.

“And this, for economic agents, is fatal because they even work with bad scenarios, but they don’t work with unpredictability, uncertainty. This is a very bad thing, and I think it will contaminate the game. It’s something the government will be charged for.”