In Vinnitsa region, a passenger car collided with a truck, three dead 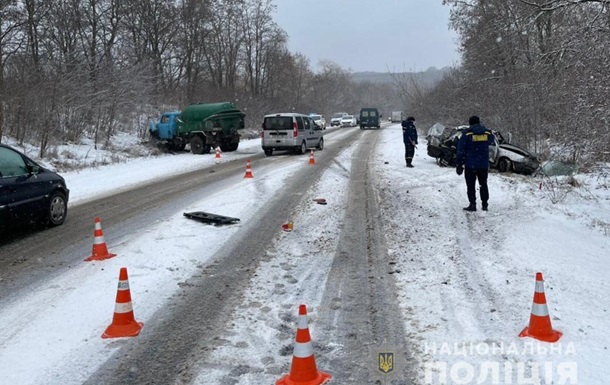 The driver of the car and two of his passengers died from the injuries received at the scene.

In the Vinnitsa region on Sunday, January 9, there was a fatal accident. Three people were killed. About it informs regional police.

The accident happened in the afternoon at the entrance to the village of Tyvrov. A Dacia car and a truck collided.

It is noted that the 31-year-old driver of the car lost control and drove into the oncoming lane, where he collided with a GAZ 52 car.

As a result of the road accident, the driver of a car and two of his passengers were killed at the scene from the injuries received.

On the fact of the accident, criminal proceedings were initiated under Part 3 of Art. 286 UKU – violation of road safety rules, resulting in the death of several people. The culprit of the road accident faces up to 10 years in prison.

Earlier it was reported that in the Lviv region, a car collided with a bus, seven injured.

A baby died in an accident in Ivano-Frankivsk region

In Kryvyi Rih, there was a double suicide - media

Day in the JFO: two shelling, a soldier was wounded