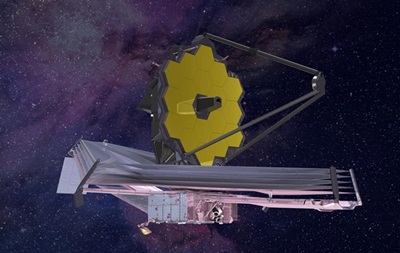 The first data received by the telescope will begin to arrive on Earth in less than six months.

The world’s largest space observatory, the James Webb telescope, has completed the deployment of a 6.5-meter gilded mirror, reports NASA.

“Together with the European Space Agency (ESA) and the Canadian Space Agency, the James Webb mission will explore every phase of cosmic history – from our solar system to the most distant galaxies in the universe that can be observed, “- said in the message.

Prior to launch, the two wings of the James Webb main mirror were folded to fit into the nose cone of the Arianespace Ariane 5 rocket.

After more than a week of deploying other important spacecraft, the James Webb team began remotely deploying hexagonal segments of the primary mirror, the largest ever launched into space. By the way, they are made of beryllium, covered with pure gold and a thin layer of glass.

“The James Webb Space Telescope is an unprecedented mission to see the light of galaxies and reveal the secrets of our universe,” said NASA chief Bill Nelson.

The telescope team is now preparing to tune each of the mirror segments. The first data received by the telescope will begin to arrive on Earth in less than six months.

James Webb is an unprecedented project with an astronomical $ 10 billion and decades of development. 17 countries, led by NASA, worked on the project, and the European and Canadian space agencies also made significant contributions. With its help, astronomers will explore planets outside the solar system (exoplanets).

Recall that the James Webb telescope was launched from the Kourou cosmodrome in French Guiana. Later, his movement was captured from Earth.

The Swiss military was banned from using messengers

The number of detainees in Kazakhstan exceeded five thousand