Kazakhstan President Kasim-Yomat Tokaev said on Monday that the eight-day protests were part of an attempted coup d’état and that “all hostilities were coordinated from one centre”.

During a meeting of the Collective Security Council of the Collective Security Treaty Organization (OTSC), created in 1992 by Russia, Armenia, Belarus, Kyrgyzstan, Uzbekistan, Tajikistan and Kazakhstan, Tokaev claimed that the protests were organized by foreign militiamen who tried to rob military weapons, as well as being responsible for the death of 16 State security agents.

The total number of civilian casualties has yet to be released by the authorities, but in the province of Almaty alone, the former capital and the most populous city in the country, there were 164 dead and around 1,000 injured. Government headquarters and the airport were taken over by protesters. 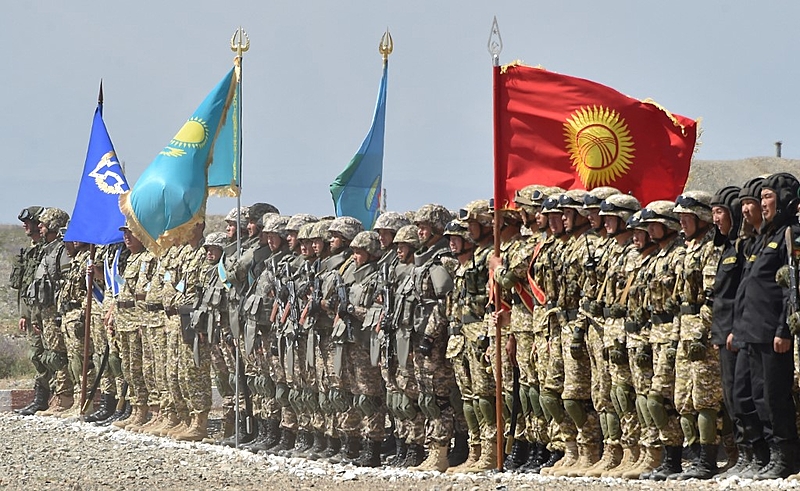 Between the 6th and 9th of January, around 2,030 soldiers from the collective security alliance of the ex-Soviet countries were sent to contain the disturbances in Kazakhstan / Vyacheslav Oseledko / AFP

“They use a cloak of spontaneous protests to organize massive disturbances. Under a single order, religious radicals, criminals, bandits and agitators have manifested. We are talking about an attempted coup”, declared the president.

After the CTO meeting, Russian President Vladimir Putin supported the idea that it was a “terrorist attack” on the neighboring country.

Kremlin spokesman Dmitry Peskov said it was a “color revolution” operation to destabilize former Soviet states. “This is not new, it has only once again been confirmed by recent events in Kazakhstan.” 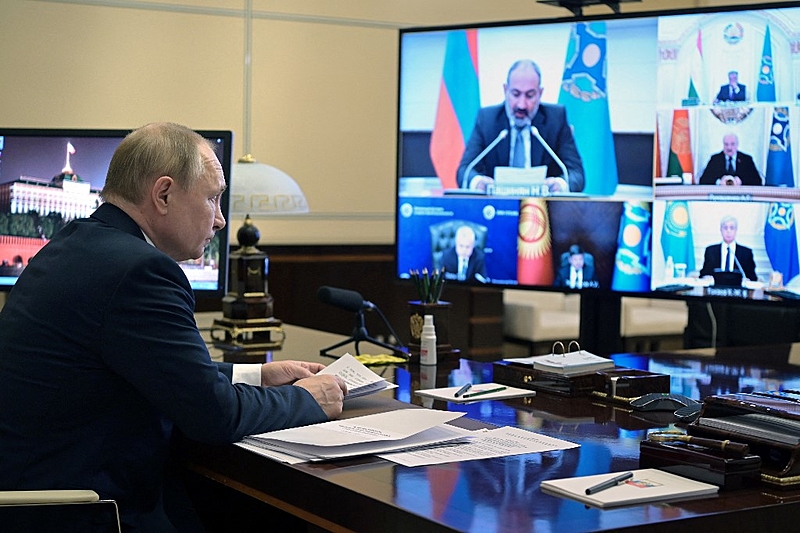 This Monday (8), presidents of the countries that form the Collective Security Treaty met to discuss the peace operation in Kazakhstan / Alexey Nikolsky / AFP

Kazakhstan’s biggest opposition demonstrations since the end of the Soviet period began on January 2 after the increase in the price of fuel and led to other broader demands, such as an end to corruption.

Last Thursday (6), President Kassym-Jomart Tokayev announced that he would reintroduce a cap on gas prices for at least six months to stabilize the socioeconomic situation and declared a state of emergency in the most affected regions.

So far, 8,000 people have been detained in connection with homicides, robberies and other crimes, among them the former head of the National Security Council, Karim Massimov, accused of treason.

Against the criticism that they would be occupation troops, the president of Belarus, Alexander Lukashenko highlighted that the CSO acted at the request of the government of Kazakhstan and communicated the start of the operation to the United Nations Security Council, as well as to other regional cooperation bodies. .

* With information from Sputnik, Moscow Times, RT and DW