The National Archives is a Brazilian public body subordinated to the Ministry of Justice and Public Security and responsible for collecting and processing files produced and received by the federal public administration and making them available for public consultation.

“Documentation is directly related to democracy. It serves not only for the historian, but for probative research, which guarantees justice and social equality. Long live the National Archives,” said Ismênia de Lima Martins, former director of the Public Archive of the State of Rio de Janeiro, professor emeritus at the Fluminense Federal University (UFF), Ismênia de Lima Martins, during the protest. 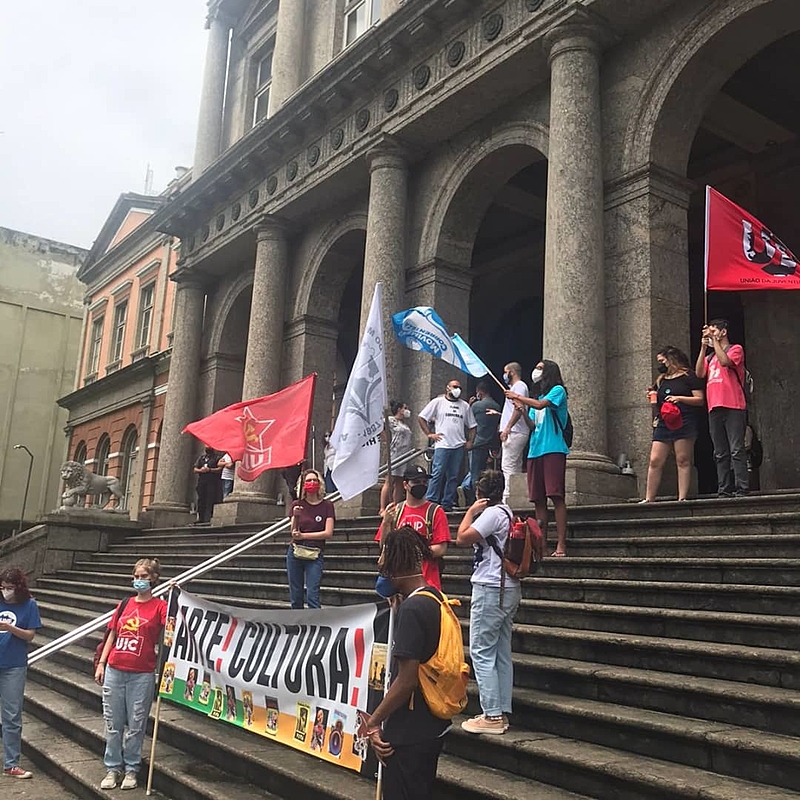 The protest was organized days after the dismissal of two civil servants considered key players in the institution for the management of documents from federal offices on December 30th.

Dilma Fatima Avellar Cabral da Costa, Supervisor of Memory for the Brazilian Public Administration, and Cláudia Carvalho Masset Lacombe Rocha, Supervisor of Digital and Non-Digital Document Management, and three more servers were relocated to other areas in the institution or returned to their original bodies.

The dismissals took place nine days after a meeting in which the former supervisors told the director general of the National Archives, Ricardo Borda D’Água, that they were concerned about the institution being emptied, especially in the management of documents from the federal administration. Of the four participants in the meeting, three suffered retaliation. In addition to Dilma and Cláudia, Alex Holanda, former supervisor of the digital permanence team, was also relocated

In a note released last Wednesday (5), the Association of National Archives Servers (Assan) drew attention to the fact that there was no prior notice or access to the dismissal processes.

“This dismantling directly impacts the work carried out, interrupting the National Archive’s projects and actions aimed at the federal public administration. Unfortunately, the National Archives is not the only body that is suffering from this policy. Anvisa, Funai, Ibama, Incra, Inpe, Funarte, Casa de Rui Barbosa, among others, went through similar situations”, says an excerpt from the note released by Assan.

At the meeting prior to the dismissal, officials expressed their concern about the indiscriminate elimination of federal documents without prior approval. The situation was created by Decree 10148, signed by President Jair Bolsonaro (PL) on August 12, 2019, which took away the responsibility of approving or not the elimination from the Archive.

In November, another controversy involving the agency took place when the Federal Public Ministry (MPF) announced the opening of an investigation to investigate the appointment Ricardo Borda D’Água Braga for the position of director general of the National Archive.

The appointment was contested by entities linked to archival science, information science and history, which warn of the non-compliance with a decree that requires experience in the area to occupy the position, in addition to possible interference in documents about the recent memory of Brazil, such as the collections from the period of the military dictatorship (1964-1985) and about indigenous populations .