With an investigation that lasted six years, the Scientific Police of Pernambuco released, on Tuesday night (11), the identity of the suspect in the death of 7-year-old girl Beatriz Angélica Mota. The crime happened in 2015, inside a private school in the city of Petrolina (PE), where the girl was found lifeless after stab wounds.

Read here: In PE, family marches 700 km to ask for federalization of investigations into girl’s death

In recent weeks, the girl’s parents, Lucinha Mota and Sandro Romilton, who was a teacher at the school where Beatriz died, caused a national commotion by walking more than 700km from Petrolina to Recife demanding speed in the investigation, in addition to the federalization of the case. Now, about 15 days after arriving in Recife and a round of meetings with the State Government and public security agencies, the investigation takes on other contours.

According to the Scientific Police, the accused is Marcelo da Silva, 40 years old. He was already serving time for other crimes in the city of Salgueiro, in the Pernambuco hinterland, and confessed to the murder in prison to a group of delegates. Police did not disclose what crimes are attributed to him. 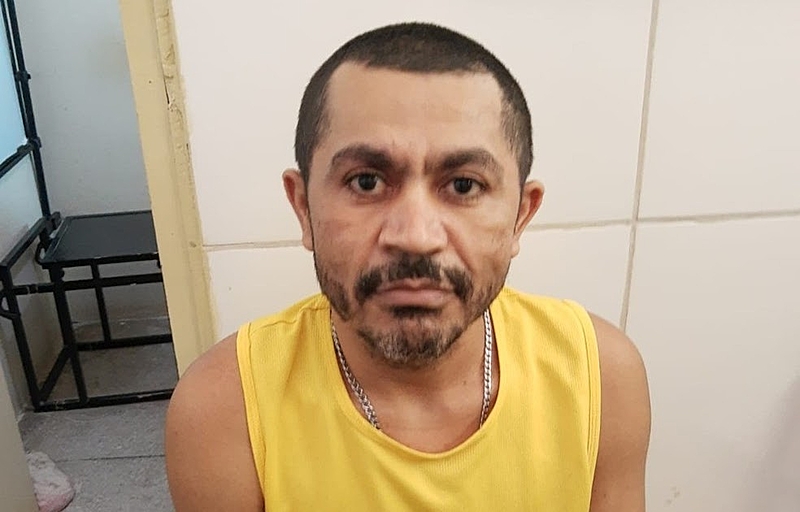 According to the accused’s statements, the crime was not planned and had no accomplices / Disclosure

In a press conference of the Civil Police, Scientific Police and Public Ministry this Wednesday (12), the Secretary of Social Defense of Pernambuco, Humberto Freire, said that the narrative and motivation of the crime are in line with the directions that the investigation took.

According to the secretary, Marcelo would be on the outskirts of the school in search of money to leave the city. At the scene, the accused found Beatriz in the corridors and “in the face of this exasperation, the fright she showed, he ended up silencing her with stab wounds”, according to Freire, who claims that the crime was not planned and had no accomplices. The secretary also stated that 10 knife blows were recorded and not 42 as had been reported. 42 is the number of photographs of the stab wounds that appear in the lawsuits, as the wounds are photographed from different angles.

In addition to the accused’s confession, the complaint is also supported by reports that point out that Marcelo’s DNA was on the knife used for the crime and that it was found with the child.

The police stated that they will continue the investigation and that they will maintain dialogue with the Public Ministry of Pernambuco for the continuity of the process. Also present at the press conference, the coordinator of the MPPE’s Criminal Operational Support Center, Ângela Cruz, stated that she has already requested complementary expertise and counter-evidence from the Scientific Police.

Still on Tuesday night (11), Lucinha Mota spoke through social networks. She claims that the family learned of the disclosure of the identity of the accused through the press, but that they got to talk to the chief of police, who confirmed the information. “I pray to God that this is confirmed, that this murderer is condemned. I owe it to each one of you, who collaborate with our struggle and have the right to know the whole truth” he thanked.

She also stressed that she hopes the set of forensic elements will confirm the confession “If a DNA test was done and it was positive, there are other elements that need to be confirmed”. She refutes the hypothesis of an unplanned crime “No one enters the school without being led by someone, especially in the area of ​​those rooms”. Lucinha also stated that she will have access to the accused’s hearings.

On the morning of this Wednesday (12), Beatriz’s parents went to Recife hoping to attend the press conference of the Civil and Scientific Police and MPPE, but were not allowed to enter the place. “Want to stop us from asking the right questions?” asked Lucina.

With the denial of access to the event, Lucinha and Sandro were received at 10:30 am by the head of the Civil Police and the Secretary of Social Defense. There is still no information about the outcome of the meeting.