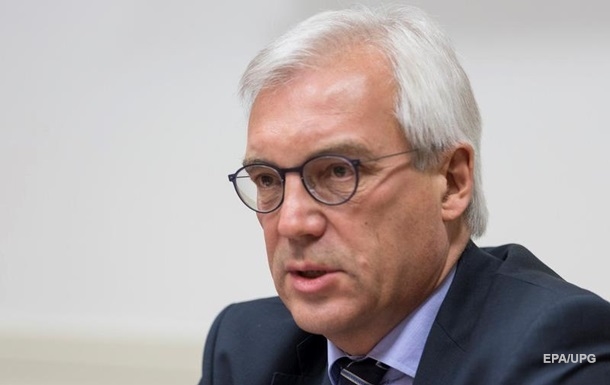 The state of relations between NATO and Russia affects the security of all OSCE member states, the Russian Foreign Ministry is sure.

Russia expects NATO to accept its proposals for security guarantees or to explain why they are unacceptable. This was stated by the Deputy Foreign Minister of the Russian Federation Alexander Grushko, writes TASS.

“We hope that NATO countries will present their views on how to follow the path of implementing the proposals that we have put forward, or explain why they are unacceptable,” he said at a press conference after the meeting of the Russia-NATO Council.

According to Grushko, the state of relations between NATO and Russia directly or indirectly affects the security of all OSCE member states.

“Neither we, nor the NATO member states immersed the process of these negotiations in the OSCE, although it is clear that the very state of relations between Russia and NATO directly or indirectly affects the security of all states that we attribute to the OSCE area, that is, from the Atlantic to Lisbon.” – said the Deputy Foreign Minister.

At the same time, he stressed that all parties must clearly understand the seriousness of the security situation in Europe.

Grushko also noted that Russian representatives called on NATO to put on paper ideas on which direction to move in security issues.

After negotiations, the Russian Federation announced differences with NATO

Let us recall that the Russian Federation does not exclude the resumption of its diplomatic mission to NATO. The Russian Foreign Ministry called a condition for the resumption of NATO’s “pivot” on a course that would allow the Alliance “to integrate into collective efforts to build security.”

Russia demands from NATO to stop military assistance to Ukraine