Results 12.01: NATO refusal and the harbinger of the end 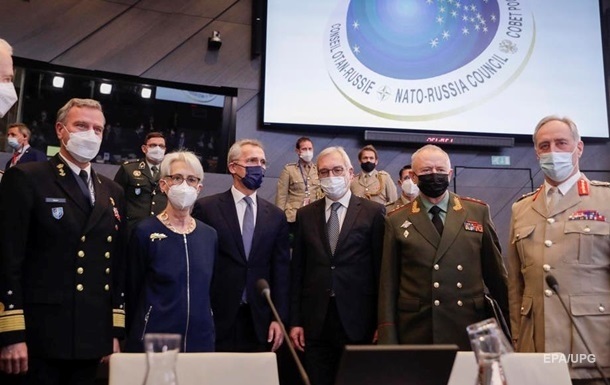 NATO refused to Russia on the issue of Ukraine’s membership; WHO called Omicron a harbinger of the end of the coronavirus pandemic. Korrespondent.net highlights the main events of yesterday.

The first meeting of the NATO-Russia Council in 2.5 years was held

In addition, the Russian side named the condition under which it is ready to withdraw troops from the Ukrainian border – NATO’s refusal to provide military assistance to Kiev. At the same time, representatives of Moscow said that they expect NATO to accept their proposals or, otherwise, to receive clarifications from the Alliance.

WHO predicted the near end of the COVID-19 pandemic

WHO epidemiologists predicted that the next three months the Omicron coronavirus strain will make it difficult, in particular, by the end of winter, more than half of the European population will become infected with this type of infection. However, it is Omicron who will soon put an end to the pandemic.

According to scientists, this is evidenced by the latest record rates of the incidence of COVID, while the death rate has remained almost unchanged.

The US Senate has published a draft of sanctions that will be imposed against Russia in the event of an attack on Ukraine. Among the proposed measures – the inclusion in the “black” list of Russian President Vladimir Putin, Prime Minister of the Russian Federation, Foreign Minister, Minister of Defense and others. Also, the Russian gas pipeline Nord Stream-2 will fall under the sanctions.

At the same time, Washington intends to increase military aid to Kiev.

World Bank lowered its forecast for GDP growth in Ukraine

Shmygal announced the government’s tasks for the current year

Prime Minister Denis Shmygal said that for the Cabinet of Ministers this year, the main directions of development remain the transformation of medicine and education, improvement of social standards, support for sports and culture, energy independence, economic development, infrastructure projects and digitalization.

Kazakhstan announced the withdrawal of CSTO forces from the country

President of Kazakhstan Kassym-Jomart Tokayev said that the organized withdrawal of the CSTO contingent will start on January 13. According to him, the mission was assessed as very successful, since the CSTO played “a great role in stabilizing the situation in Kazakhstan.”

Zelensky warned about the rise in prices for food

Oleg Ustenko, adviser to the president, said that food in Ukraine will rise in price by 10-20% in the near future due to high inflationary risks in world markets. He clarified that inflation is not monetary, but commodity in nature, so it will be extremely difficult for the NBU to influence it.

Dozens of objects were “mined” in Ukraine in a day

Each such message was checked by law enforcement officers.

Large-scale exercises began in the south of Russia

Following the exercises of the Western Military District of Russia, maneuvers began in the Southern District. More than 10 thousand military personnel participate in them, including battalion tactical groups of motorized rifle formations, as well as units of the coastal forces of the Black Sea Fleet and the Caspian Flotilla.

Combat coordination of motorized rifle, tank platoons and artillery batteries is carried out at more than two dozen ranges.

In Poland, a drunk Ukrainian on a scooter caused an accident