In memory of Andreyvson Richard Silva – street artist who died at the age of 25, on the night of the 6th, on Rua Mamede Simões, a street filled with bars in the central area of ​​Recife -, family, friends and activists of the hip hop and black movement organize in search of justice and to honor him.

Known as Japa, Andreyvson recited his poetry on public transport and on the roads of the cities of the Metropolitan Region. A soiree in his name will be held this Friday (14), starting at 5 pm, at Bar do Matuto, on Rua Bulhões Marques, known by regulars as Beco do Poeta, in the center of the capital.

On the occasion, artists will also graffiti a mural with the image of Japa on one of the walls of the establishment where he was present almost every day. 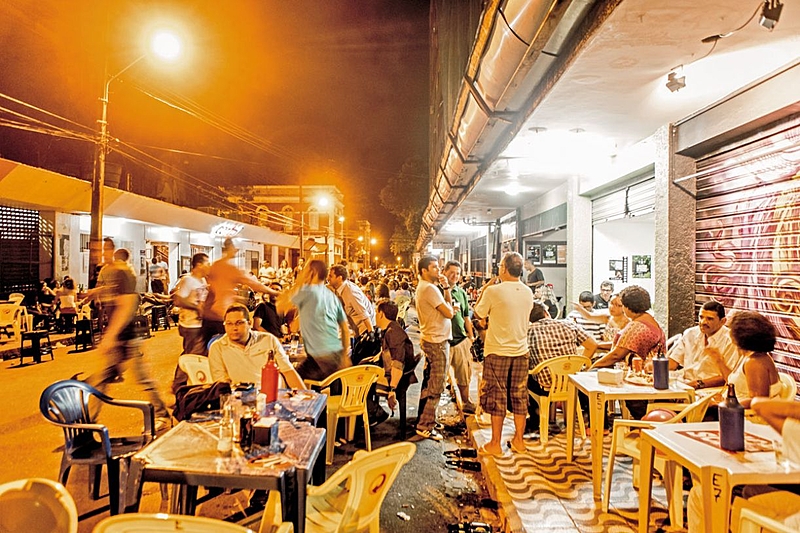 The cultural act was structured by groups from the local Hip Hop movement with support from other social movements, such as Articulação Negra Pernambuco (Anepe) and the Rede de Mulheres Negras de Pernambuco.

Tuca Duarte, a member of Point Bomb Recife – one of these collectives – and Anepe, knew Japa personally and says that the groups decided together at this first moment to honor the poet before holding an act on Rua Mamedes Simões.

“He was a street artist, a person from the cultural movement, he was a poet, so there’s nothing better than keeping his memory alive through art. He breathed art, lived art; [essa] it would be the best way to say everything we wanted to say to him”, says the activist.

“It will be a time to bring together friends, family and people who were touched by the case, and through art to show who he was. That’s what we want: for people to know how important he was to street culture,” he says.

With messages of mourning, revolt and questions about the lack of visibility about the case, Japa’s death had great repercussions on social networks. The organizations also raise the racial issue, since the poet was a young black man.

“People see [isso] mainly because of the structural issue of racism, which unfortunately makes black people end up suffering some kind of violence much more than white people. We know that statistically 77% of young people murdered in Brazil are black, so these issues that structure society unfortunately interfere in the lives of the black population”, comments Tuca Duarte.

She, who is also a researcher in the area of ​​Social Work, explains that this does not mean saying that what happened was a boy killing another directly because of racism, but that the fact raises a reflection on what leads so many young blacks to die prematurely. .

“And then comes the reflection on these issues of care, mobilization, how this was done and what could have been done, because there were two people fighting, a black woman stabbed, on a street where most people who attend part of the whiteness of Pernambuco”, he emphasizes.

In this context, he says, the racial issue is brought to bear to think more about the security of the black population in Pernambuco. “We know that in fact some people helped, but we saw a lot of mean comments about what happened, like saying that [o assassinato] ended their night. It’s very cruel and shows a face of racism, of how the death of a young black man doesn’t generate commotion and is seen as something that was getting in the way.”

Andreyvson was stabbed to death on Rua Mamede Simões. According to criminal lawyer Daniel Gaspar, who is one of the lawyers accompanying Andreyvson’s family, the victim was at the same table as the suspect, at the Bestifera bar, when there was an argument between the two over the value of the bill.

“The two found each other strange, got into a physical fight and were appeased by friends who were there. The suspect took the things on the table, looked at Japa and said: ‘you want to be pierced’, left and ran back.

The Japa was sitting on the chair, when the suspect struck the knife in the belly of the Japa, and ran immediately, fleeing the scene. In this, Japa gets up, tries to run after him and can’t reach, goes back towards the Frontal Bar, when they notice the bleeding in him”, says the lawyer, who was also present at the crime scene.

“At that, they sit him down, the whole street starts to mobilize, a resident throws an already wet towel to stop the bleeding, several people start calling SAMU and the police. A car appears and enters the road, people put Japa inside the vehicle and take him to Hospital da Restauração [no bairro do Derby, área central do Recife], where he died. This took around 5 minutes, but he arrived at the hospital very weak. He was dying right there. It took another 10 minutes for the police to arrive and collect information”, he describes.

The Civil Police of Pernambuco (PCPE) informed the report that the occurrence of consummated intentional homicide was recorded by the Capital Homicide Task Force Team. “Investigations have been initiated and continue until the crime is elucidated. The case remains under investigation by the 1st DPH/DHPP,” he said in a statement.

Speaking for family members, Daniel Gaspar says that relatives and friends of Japa received everything “like a great avalanche”. “Nobody expected that a person who talked so much about the street, about love, about the beauty of life and its contradictions from poetry could have such a tragic and brief end, and for a completely futile, banal reason. In this way, we are committed to ensuring that there is a complaint consistent with what happened that day”, guarantees the lawyer.

He explains that a pair of lawyers accompany the PCPE’s efforts, and that at the moment their work is to assist “the police authority in the production of the report” in order to guarantee a robust complaint. Lawyers also work to get the chief to ask for the suspect’s temporary arrest.

“Together with the Civil Police, we were able to enumerate the witnesses who were actually present in every movement, and on the 10th and 11th they were heard. We were also able to indicate which places had security cameras”, he reveals. waiting for the report of the Institute of Legal Medicine (IML) that will point out the cause of death.

According to the lawyer, the investigation should be completed by January 20. After that, the report will be forwarded to the Public Ministry of Pernambuco (MPPE), which will decide whether to file a complaint or require further investigation. If the complaint is offered, the lawyers will serve as assistants to the prosecution – that is, they will participate in the prosecution with the prosecution defending the interests of the family during the procedural phase.

“We will be part of the hearings, being heard as an independent party, and, depending on possible disagreements between the family and the prosecution, we are able to express ourselves on behalf of the family”, he explains. As it is a crime against life, the case will go to jury.