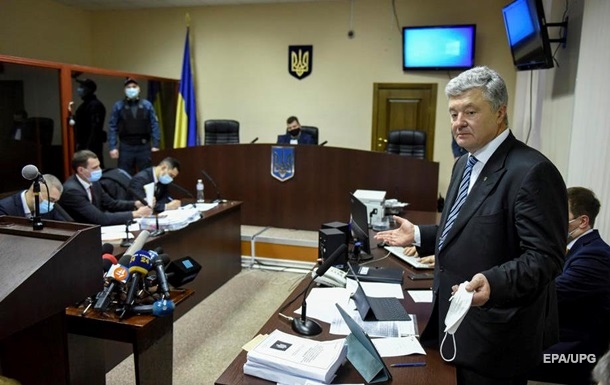 Poroshenko, who arrived in Ukraine in the morning, stayed in court until late in the evening; hackers “destroyed” the websites of the Shevchenkovsky district court and Prozorro; Britain will supply anti-tank systems. Korrespondent.net about the main events of yesterday.

The fifth president of Ukraine, MP Petro Poroshenko, arrived in Ukraine on a Warsaw-Kyiv flight on January 17. Several thousand people gathered at Zhuliany airport to meet him. From the airport, Poroshenko went to the Pechersk District Court, where a meeting was held to select a preventive measure for him. Late in the evening it became known that the court session was postponed to January 19.

A delegation of US senators arrived in Ukraine

The delegation includes representatives of both Democrats and Republicans. At a meeting with President Volodymyr Zelensky, Russian aggression against Ukraine, Russian passportization of Donbas residents and Nord Stream 2 were discussed.

“The Memorandum signed today continues our cooperation that began in 2015. With the support of NATO, we plan to continue providing modern information technologies and services in the command and control system of the Armed Forces of Ukraine,” said Natalia Galibarenko, Ambassador of Ukraine, Representative to NATO.

Attackers hacked into the websites of the Shevchenko district court and Prozorro. Some previously affected and restored sites are being DDOS-attacked. Most of the state sites that suffered from last Friday’s cyberattack have already resumed their work. The cyberattack is now being investigated, and work is underway to restore the rest of government resources. In particular, the version about the use of a wiper program that destroys data is being checked.

COVID-morbidity in Ukraine has almost doubled

The number of active patients increased to 105,000 (from 93,000 a week earlier). Hospitalized about 11 thousand citizens. At the same time, a further increase in the incidence is expected.

London announced the supply of weapons to Ukraine

Politicians discussed the possibility of organizing the next summit in the Normandy format. The interlocutors also noted the commonality of approaches of Ukraine and Germany to the development of cooperation in the energy sector, in particular, regarding the “green” transformation and renewable energy sources.