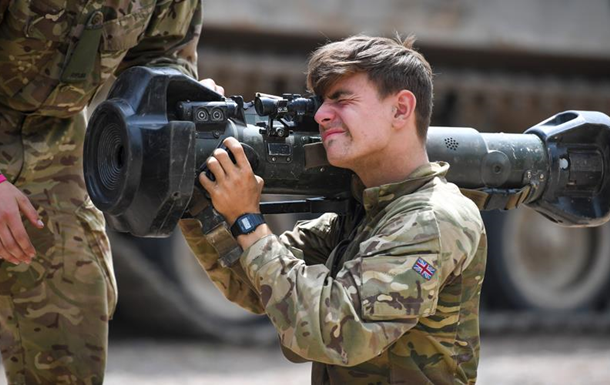 Great Britain supplied weapons to Ukraine; it became known about the evacuation of Russian diplomats from Ukraine. Korrespondent.net highlights the main events of yesterday.

Another batch of international technical assistance from Great Britain for the Armed Forces of Ukraine arrived in Ukraine in the form of new light anti-tank weapons. We are talking, in particular, about NLAW grenade launchers, which are considered the best in the world for combat in urban environments.

The weapons were delivered by two RAF C-17A Globemaster III transport aircraft. According to the agreement, Kiev should use the new weapons exclusively for defensive purposes.

The media learned about the evacuation of Russian diplomats from Ukraine

The American newspaper New York Times found out that since the beginning of January, Russia has taken out almost 50 people from its consulates in Kiev and Lvov, diplomats from two more Russian consulates – in Odessa and Kharkov are also preparing to leave. Moscow denies this information, and in Kiev they said that they had no confirmation of such data.

Canadian Foreign Minister Melanie Joly held talks in Kiev with her Ukrainian counterpart Dmitry Kuleba and Ukrainian President Volodymyr Zelensky. Following the first meeting, the Canadian minister promised that Ottawa would consider Kiev’s request for weapons. During the conversation with Zelensky, the parties exchanged a vision of stabilizing the situation around Ukraine.

US Secretary of State Anthony Blinken and Russian Foreign Minister Sergei Lavrov held telephone conversations, during which the American diplomat said that Ukraine should participate in discussions on security in Europe.

The interlocutors also agreed to hold a face-to-face meeting on Friday. Until then, Blinken will visit Ukraine and Germany.

The price of oil reached a maximum in seven years

The price of a futures contract for Brent crude oil for March delivery on the London ICE exchange rose by 1.76% and reached $88 per barrel, the highest since October 2014. The cost of WTI oil exceeded $85 per barrel.

According to analysts, in the third quarter of 2022, the price of oil will reach $100 per barrel.

Former President of Kazakhstan Nursultan Nazarbayev addressed citizens for the first time since the start of mass protests in the country. He stated that he has been a pensioner since 2019 and that he is currently in the capital of the republic. Regarding the recent protests, he said that their goal was “the destruction of the integrity of the country and the foundations of the state.”

White House press secretary Jen Psaki said that Russia could launch a full-scale invasion of Ukraine at any moment. At the same time, the US State Department expressed concern that the transfer of Russian troops to the territory of Belarus is a preparation for an attack on Ukraine from the north.

In response, the Russian embassy in Washington stated that “Russia is not going to attack anyone,” and the United States should stop supplying weapons to Ukraine.