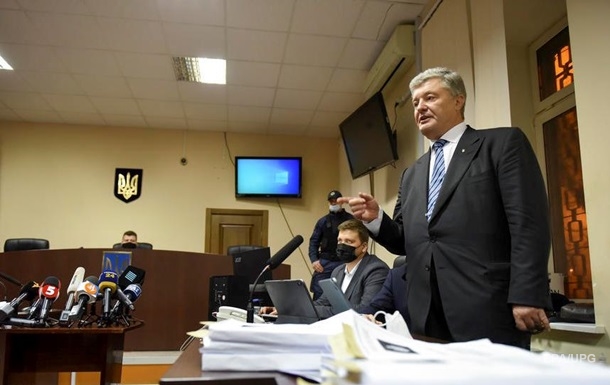 The court imposed a number of restrictions on Poroshenko

Petro Poroshenko is obliged to participate in legal proceedings and should “no longer try to escape abroad,” Mykhailo Podolyak noted.

A measure of restraint in the form of a personal obligation for the fifth president of Ukraine, the leader of the European Solidarity party, Petro Poroshenko, indicates that there was and is no politicization of his case. Mikhail Podolyak, adviser to the head of the President’s Office, said this in a comment to Korrespondent.net on Wednesday, January 19th.

Podolyak noted that on the third day of “Poroshenko’s traditional high-profile pr-lie that he had allegedly already been prepared with handcuffs and a cell in the pre-trial detention center, and the court’s decision was allegedly written by someone else, and not by the judge, the decision of the judge himself appeared.”

According to him, the measure of restraint chosen for Poroshenko gives a concrete answer about his current procedural status, as well as a number of restrictions on him.

He added that Poroshenko is obliged to participate in legal proceedings and should “no longer try to escape abroad.”

“It is also obvious that the judge’s choice of a specific measure of restraint indicates that it is the legal process that is going on, the correct judicial consideration of the issue, and there has been and is no politicization of the “coal case,” the adviser to the head of the Presidential Office believes.

Podolyak believes that now we can expect further progress in this case towards a completely logical and correct establishment of all the circumstances and determining the degree of responsibility of all the defendants in this case.

As you know, in addition to Poroshenko, three more defendants are involved in this case – Viktor Medvedchuk, Volodymyr Demchishin and Serhiy Kuzyara.