17 settlements left without water in Donbas 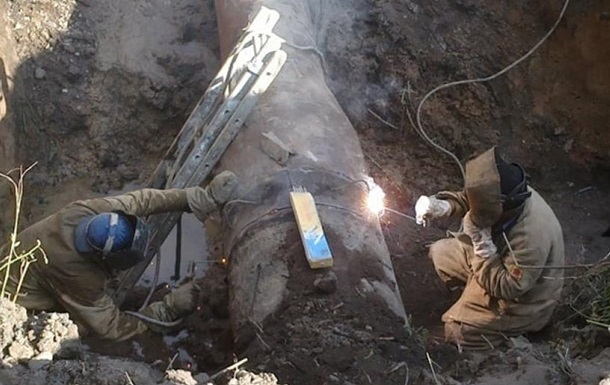 Due to emergency and restoration work on the Second Donetsk water pipeline, the water supply of two cities and 15 villages was turned off.

In the Donetsk region, the cities of Druzhkovka and Konstantinovka, as well as 15 villages, were left without water. The water supply to Kramatorsk and Slovyansk has also been reduced. The reason was the emergency and restoration work on the Second Donetsk water pipeline. This was announced on Thursday, January 20, in the utility company Company Water of Donbass.

In addition, it is noted that the water supply to Kramatorsk and Slavyansk will be reduced.

Recall that at the end of last year, Toretsk declared a state of emergency due to a water supply failure.

It was also reported that large-scale blackouts due to accidents occurred in the “LNR”. Voltage fluctuations in the electrical network occurred at the facilities of the enterprise “Luganskvoda”. Because of this, there were problems with water supply in the “republic”.

Zelensky arrived on a visit to Poland