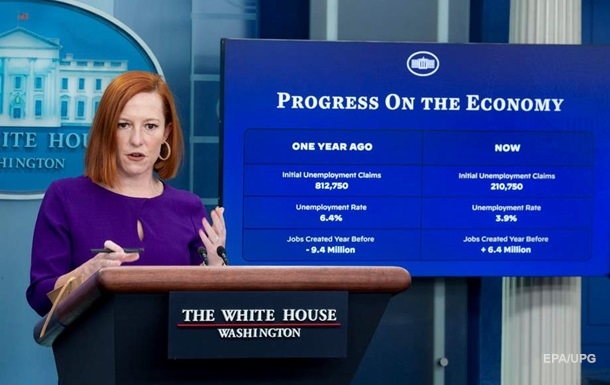 Any crossing by the military of the Russian Federation of the border with Ukraine will be regarded by the United States as a military invasion.

The White House will consider any crossing of the Ukrainian border by Russian troops as a “new invasion” of Russia into Ukraine. This is stated in statement White House Press Secretary Jen Psaki.

“President Biden was clear to the Russian president that if any Russian military forces crossed the Ukrainian border, it would be a new invasion and there would be a swift, tough and united response from the United States and its allies,” Psaki said in a statement.

The spokeswoman noted that Moscow has “great experience in the strategy of aggression, in addition to military actions.” She gave examples – these are “cyber attacks and tactics of using irregular armed groups.”

According to Psaki, Biden confirmed that such actions “will be given a decisive, mirror and unified response.”

Russia can attack Ukraine at any moment – US

We will remind, Joe Biden told what awaits the Russian Federation in the event of an invasion. US partners and allies are “ready to inflict serious damage on the Russian economy.”

In Odessa, a foreigner tried to open his veins at the airport