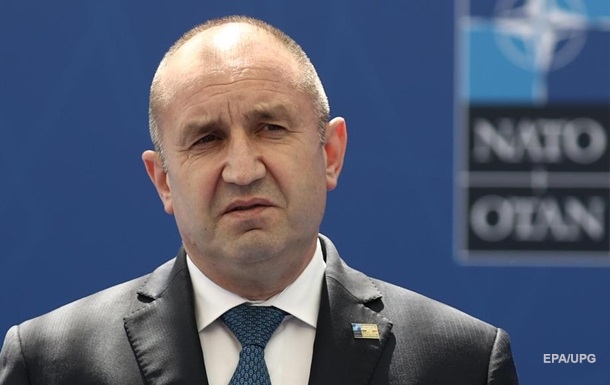 Official Sofia called on Moscow to engage in a constructive dialogue with NATO member states.

Russia’s demand to withdraw NATO forces from Bulgaria is unacceptable and meaningless. This was stated by Bulgarian President Rumen Radev, informs his press office on Friday, January 21st.

He recalled that there are no permanently based allied contingents and NATO military equipment in Bulgaria.

“The sovereign decision on such a permanent presence or temporary deployment belongs to Bulgaria in accordance with our allied obligations. Our country does not accept ultimatums from anyone,” Radev said.

In a similar vein put it and the Bulgarian Foreign Ministry, which called on Russia to engage in a constructive dialogue with NATO member states.

“The current crisis in the European security architecture, as well as the crisis in Ukraine and around it, must be resolved through diplomacy and through dialogue,” Sofia concluded.

Recall that Russia demanded the withdrawal of NATO military from Bulgaria and Romania as security guarantees. This was stated by Russian Foreign Minister Sergei Lavrov before a meeting with US Secretary of State Anthony Blinken in Geneva.

The Alliance reacted promptly and stated that it was not for Russia to decide where NATO would deploy its forces.

In Kazakhstan, five suspects were detained in the attempt on the life of a journalist: the "customer" is an official who paid more than $11,000

With tons of food lost, PR farmers claim to be heard by the government