In yet another chapter in the escalation of tempers around the Ukraine crisis, the White House declared last Tuesday (18) that Russia would be ready to invade Ukraine “at any moment”. The Ukrainian Defense Ministry, in turn, reported that Russia would have completed the accumulation of forces that could be used for an attack against its borders, mobilizing about 127,000 troops in the region.

Added to this, the US approved this Thursday (20) the request of the Baltic countries – Latvia, Lithuania and Estonia – to allow the supply of US weapons to Ukraine.

The Kremlin has once again rejected statements about a possible Russian invasion. The Russian Embassy in the US, through its Facebook page, announced that “it will not attack anyone” and classified the alarms about an alleged Russian offensive against Ukraine as “hysteria”, calling for an end to the increase in tension in eastern Ukraine.

While the dialogue between Russia and the United States remains bellicose amid the Ukraine crisis, Russian diplomacy said it was considering several options to guarantee its own security, admitting the possibility of expanding its military presence in Latin American countries.

On Thursday of last week (13), Russian Vice Chancellor Sergei Ryabkov did not rule out that if negotiations with the West on security guarantees that Moscow has been demanding from the North Atlantic Treaty Organization (NATO) fail, measures such as the deployment of Russian military infrastructure in Cuba and Venezuela could be taken.

The nod of Russian diplomacy to increase its military presence in Latin America comes in the context of the impasse in which the relationship between Moscow and the West finds itself. Russia demands that the US and European Union provide security guarantees related to NATO’s non-expansion near Russian borders, an ultimatum the West appears unwilling to relent.

For the director of the Center for Ibero-American Studies at the University of Saint Petersburg, Victor Jeifets, hardly Moscow is actually planning an incursion into Latin America with the deployment of military bases, but he highlighted that the rhetoric serves as a message to the US. In an interview with Brazil de facto, Jeifets affirms that the Russian geopolitical strategy consists not in establishing troops and weapons in countries like Cuba or Venezuela, but in “signaling the possibility of its military presence” in Latin America. 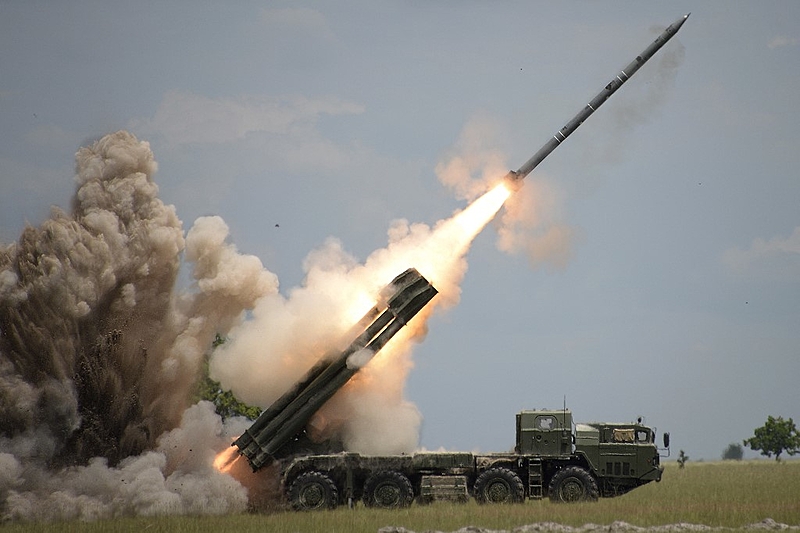 According to him, like it or not, Latin America is seen by the US as its “backyard”, in the same way that the post-Soviet space is seen by Russia.

“With the increase in the number of US and NATO military bases near Russia’s borders, it seems to me that the Kremlin is implying: ‘In any case, we can also be close to your borders.’ It may not be exactly on the border, but in the Caribbean, and then the US could feel the same thing that Russia experiences,” he says.

The statement by the Russian Deputy Foreign Minister generated an immediate reaction from US diplomacy. National security adviser Jake Sullivan said the United States will act decisively if Russia tries to enter Latin America with its military.

In response, Kremlin spokesman Dmitry Peskov recalled the words of US Deputy Secretary of State Victoria Nuland, who said the US had prepared 18 scenarios for action should the situation in Ukraine deteriorate. The Russian spokesman stressed that “Russia is also considering different scenarios” to ensure its own security. Without going into details about the possibility of moving Russian troops to Cuba and Venezuela, the Kremlin spokesman added: “With regard to Latin America, we must not forget that we are talking about sovereign countries.”

For Victor Jeifets, the reaction of the Kremlin spokesman, when saying that the decision to accept or not Russian bases would be a prerogative of the sovereignty of Latin American states, Peskov practically “repeats what NATO says about the possible accession of Ukraine or Georgia in the North Atlantic Alliance”. For the researcher, this represents a “rhetorical exchange”.

For this reason, Jeifets believes that Russia does not actually plan to deploy bases in Latin America, as it would be too costly and technically complex from a military point of view.

“It does not mean that Russia really intends to deploy a large amount of weaponry. [na América Latina], this is devoid of military sense, because in order to compete militarily with the US in the Western Hemisphere, it is necessary to disseminate, at the very least, nuclear weapons. Even if Russia deploys, let’s say, 30,000 troops, or 50,000, or even 100,000 or the whole army, that still doesn’t come close to what the US can move in this region,” he argues.

Already the military expert Yuri Lyamin told the Brazil de facto that a less costly and risky option would be, for example, the creation of a logistical center for the Russian fleet in allied countries on the American continent, but highlighted that “consequently, the pressure on the United States of such a step would be much less”.

According to him, the main objective of a possible Russian military presence in Latin America is to exert military and political pressure on the United States in response to a permanent US military presence near Russia’s borders, considering that “Russia’s security situation is now much worse than it was during the Cold War years.” 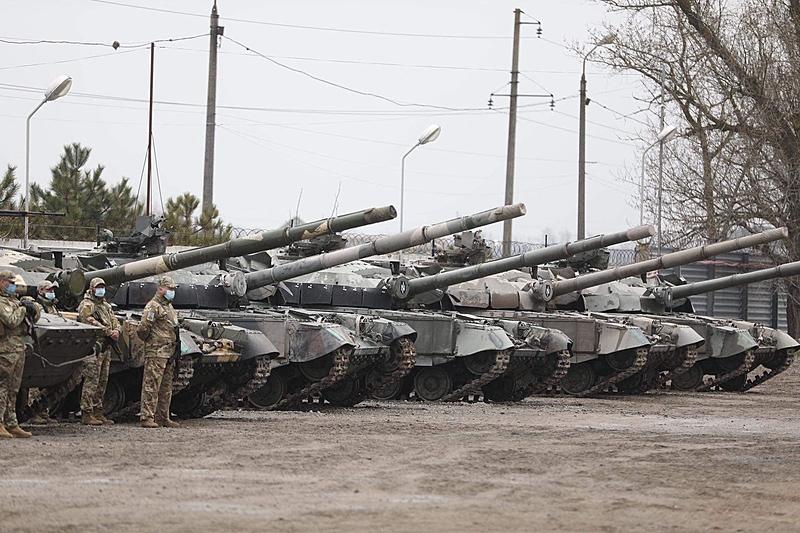 Yuri Lyamin adds that during the Cold War the US then perceived the USSR’s rivalry and threat with more parity, while in recent decades the US viewed Russia with more weakness. Furthermore, he notes that Russia no longer has the protection it once had with the Warsaw Pact countries grouping. With that, Moscow would be seeking to rebalance this game of forces and “is trying to increase pressure on Washington from several directions”.

The director of the Center for Ibero-American Studies at the University of St. Petersburg points out that Russia’s approach to Latin American countries is facilitated by the pragmatism adopted by Moscow, without making ideological cuts in the establishment of alliances in the region.

Victor Jeifets emphasizes that in the current Russian policy there is no trace of a leftist government, regardless of good relations and signs of rapprochement with socialist governments, such as Cuba and Venezuela.

According to him, Cuba and Venezuela are of interest to Moscow not as countries of the left, “but as countries that have a point of view corresponding to Russia’s on a series of issues and that are ready to support Russia”.

In addition, Jeifets points out that Russian pragmatism is also driven by economic interests and military-technical cooperation with countries in the region. He notes that the Venezuelan crisis, for example, has given Russia the possibility to seriously increase its role in the energy sector in Latin American countries.

On the other hand, if we compare Russia’s relationship with right-wing governments, we will see the same pragmatism in the commercial aspects, remembering that economic cooperation was not affected by the emergence of governments with a neoliberal aspect — and aligned with the USA — such as the administration of Mauricio Macri. , in Argentina, or Michel Temer, in the Brazilian case. 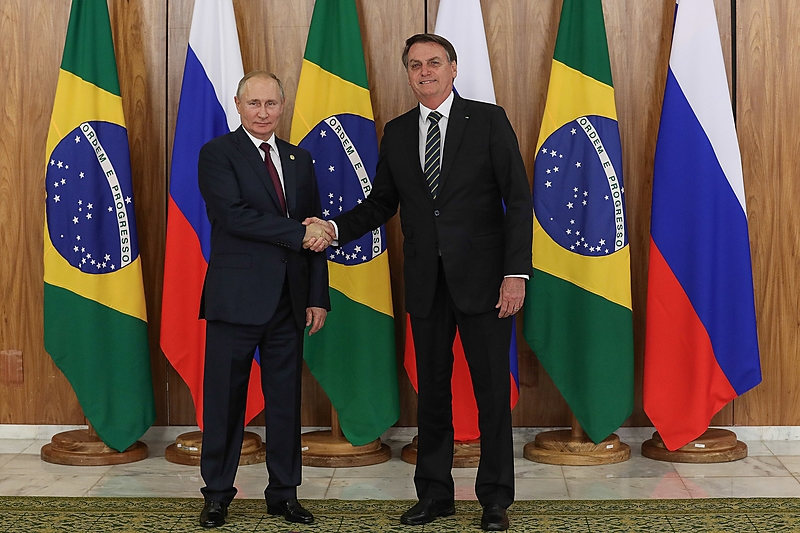 Meeting between Putin and Bolsonaro during the BRICS Summit, held in Brasilia in 2019 / Marcos Corrêa/PR

In the first case, Russian-Argentine cooperation was considered a strategic partnership, boosting trade relations especially in the areas of investment and trade. In the Brazilian case, Putin established excellent relations during the Workers’ Party (PT) governments, especially with the emergence of the BRICS group. And even with the overthrow of former president Dilma Rousseff, the Russian president received Temer and his delegation in Moscow, focusing the meeting on deepening trade relations.

What to expect from the meeting between Putin and Bolsonaro?

Following an invitation made by Vladimir Putin in December 2021, President Jair Bolsonaro is expected to visit Moscow for a bilateral meeting with his Russian counterpart in mid-February.

For the director of the Center for Ibero-American Studies at the University of St. Petersburg, Victor Jeifets, it is possible to assume that Brazil expects, above all, the expansion of economic cooperation with Moscow.

“For Brazil this is very important, because the recession is not over and for Bolsonaro it is important to go to the elections showing economic successes. And since Lula is his main rival, it is very important for him to prove that it is not only the left that can have good relations with Russia”, he adds.

In addition, the researcher highlights that the Russian foreign policy discourse in defense of the principle of non-interference in the sovereignty of states can serve as a platform for Bolsonaro to strengthen his antagonism with the European Union in the debate on climate and political issues in the Amazon, for example.

Jeifets notes, however, that Russia and the BRICS countries, when defending sovereignty in their demonstrations at the BRICS Summit held in Brazil, spoke about defending their own internal affairs, but “Bolsonaro understood as he wanted to understand” and, in doing so, it can propel that rhetoric for political gain.