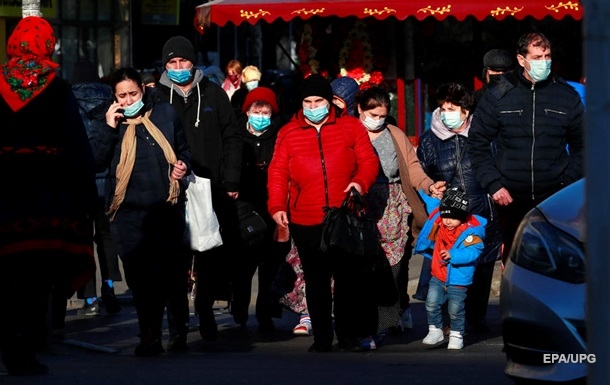 A new wave of COVID begins in Ukraine

The head of the Ministry of Health announced the beginning of an outbreak of coronavirus in Ukraine; Volodymyr Zelenskyy went to Poland on an official visit. Korrespondent.net highlights the main events of yesterday.

A new outbreak of COVID-19 began in Ukraine

Over the previous day, 18,479 new cases of coronavirus were recorded in Ukraine, which was a record high over the past two months. In this regard, the head of the Ministry of Health, Viktor Lyashko, announced that an outbreak of COVID began in the country, the epicenter of which is Western Ukraine.

President of Ukraine Volodymyr Zelensky went on an official visit to Poland, where he held talks, including in a face-to-face format, with the head of the republic, Andrzej Duda. The parties discussed security challenges, removing obstacles in the transport sector and strengthening energy cooperation.

US imposes sanctions against four Ukrainians

The US Treasury has updated the sanctions list by adding four Ukrainian politicians to it – three former and one current deputies. So, under the restrictions imposed in connection with the “harmful external activities of Russia”, the people’s deputy from the Opposition Platform for Life Oleg Voloshin and ex-people’s deputies Taras Kozak, Vladimir Oleinik and Vladimir Sivkovich fell.

Maxar Technologies satellites have taken new photos showing how Russia continues to build up its troops and equipment on the border with Ukraine. On the footage you can see trucks, tanks, BPMs, as well as trains loaded with various equipment.

The NBU reported that high energy prices on world markets would entail a revision of tariffs for housing and communal services in Ukraine. As the regulator noted, the postponement of decisions on tariffs will accumulate quasi-fiscal imbalances and price pressure in the future.

WHO announced a record increase in coronavirus per day

For the first time since the beginning of the coronavirus pandemic in the world, the number of infected people detected in 24 hours exceeded 3.7 million. In general, 336,790,193 people were infected with COVID-19 on the planet, of which 5,560,718 died from complications of the infection (8,741 over the previous day).

Head of the company Naftogaz Heat Vitaliy Mikhailio announced the transition of thermal power plants to biofuels. In particular, they intend to use cod, straw or specially processed garbage to produce heat. The manager estimated the project at $900 million.

A delegation of the Foreign Affairs Committee of the British Parliament visited the JFO area in Donbas. Politicians saw with their own eyes the consequences of Russian armed aggression and talked with the Ukrainian military.