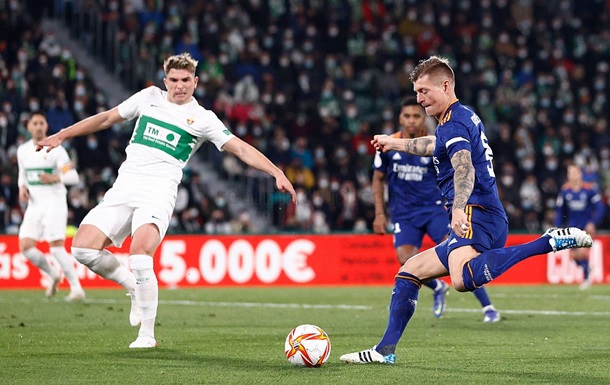 In the Spanish Cup match between Real and Elche, the main referee made a strange decision.

A strange decision was made by a referee who worked at the Spanish Cup match between Real and Elche. The episode happened at the 78th minute of the game.

Elche midfielder Tete Morente moved off the left flank and then spun on the ball and fell right in front of Kroos. The referee decided that the fall was due to contact with the German player, although the replay clearly shows that the German did not touch the opponent, and the fall occurred half a meter away from him.

Moreover, the referee for some reason decided that the midfielder not only broke the rules, but fouled on a yellow card.