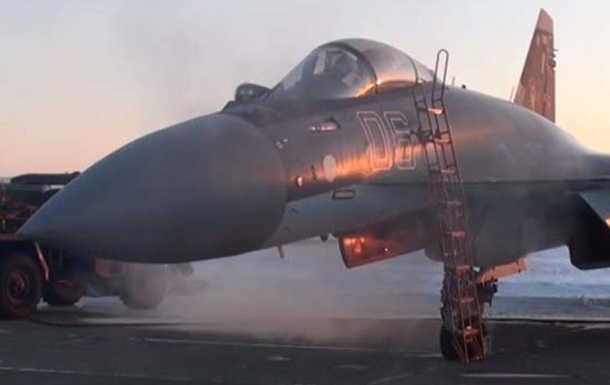 The number of participants in the maneuvers was not called. But almost all the Armed Forces of Belarus and parts of the Eastern Military District of the Russian Federation will be involved in them.

Russian Su-35 fighter jets have begun redeploying to Belarus to participate in the Allied Resolve-2022 joint exercises. About it informs Ministry of Defense of the Russian Federation on Saturday, January 22.

“The crews of Su-35S multi-role fighters of the Eastern Military District, involved in checking the response forces of the Union State, have begun to relocate to the territory of the Republic of Belarus,” the report says.

The Russian Defense Ministry added that the crews will work out flights to the maximum range, landing at Belarusian airfields, as well as joint preparation for repeated flights with Belarusian specialists.

They noted that in preparation for the redeployment, the engineering and technical staff of the air regiment carried out a detailed check of the operation of all aircraft systems and equipment.

Earlier, the Russian Ministry of Defense announced plans to send 12 Su-35 fighters and a division of short-range air defense systems Pantsir-S to Belarus for exercises.

On the eve it was reported that Russia began the transfer of two S-400 divisions from the Khabarovsk Territory to exercises in Belarus. Upon arrival, these systems will take up combat training duty as part of the unified regional air defense system of Russia and Belarus.

It is known that the two countries are checking the response forces of the Union State. At the first stage – until February 9 – it is planned to redeploy and create groupings of troops. At the second stage, from February 10 to 20, the joint exercise Allied Resolve-2022 will be held.

The number of participants in the maneuvers was not called. But the exercises will involve almost all the Armed Forces of Belarus, as well as parts of the Eastern Military District, the Aerospace Forces (VKS) and the Airborne Forces (VDV) of Russia.