The head of the German Navy resigned – media 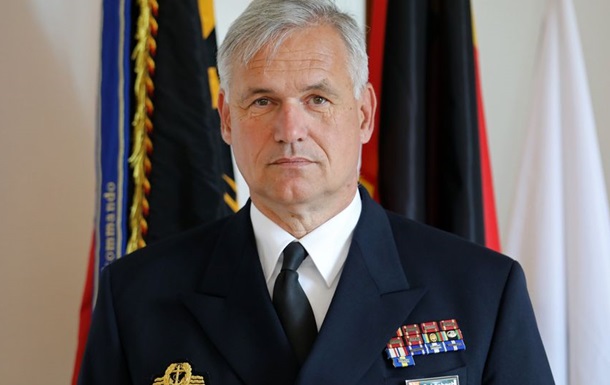 After his statements about the Crimea, Vice Admiral Kai-Achim Schönbach decided to step down, according to German publications.

Vice Admiral Kai-Achim Schönbach, Commander-in-Chief of the German Naval Forces, resigned after declaring that the annexed Crimea would never return to Ukraine. About this on the evening of Saturday, January 22, reported Bild newspaper.

According to her, German Defense Minister Christine Lambrecht and Inspector General of the Bundeswehr Eberhard Zorn accepted Schönbach’s resignation.

Similar information made public and the German magazine Spiegel, citing their own sources. As noted in the publication, in this way the vice admiral “came out of an awkward situation.”

We will remind, earlier Shenbakh said that Ukraine will not be able to return the Crimea, and its entry into NATO is impossible because of the occupation.

After the German Ministry of Defense emphasized that Schönbach’s statements in no way correspond to the position of the department, the vice admiral called his words a “clear mistake” and a “personal opinion.”

The German ambassador in Kiev, Anka Feldhusen, was immediately summoned to the Ukrainian Foreign Ministry and told of the categorical unacceptability of Schönbach’s statements, and Ukrainian Foreign Minister Dmitry Kuleba called on Berlin “to stop undermining unity with such words and actions and encourage Vladimir Putin to launch a new attack on Ukraine.”

Fire in the ATB office building: a criminal case has been opened

In Russia, a woman drowned in an ice-hole in front of children: video of the moment