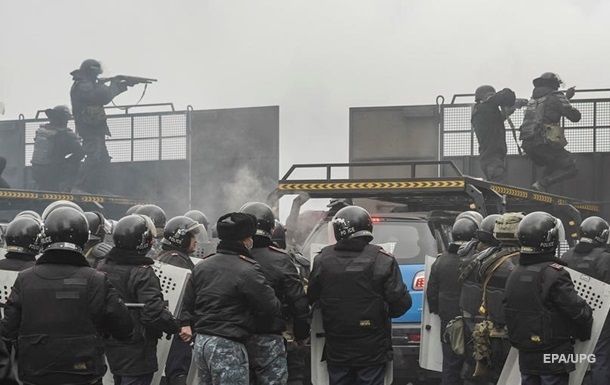 The actions of the regime ceased in the Almaty, Zhambyl regions and the city of Almaty, the authorities decided.

The “anti-terrorist operation” regime is being terminated in three regions of Kazakhstan. About it informs press service of the government of Kazakhstan on Tuesday, January 25.

“The Republican Operational Headquarters for Combating Terrorism informs about the termination of the anti-terrorist operation regime and the critical “red” level of terrorist danger in Almaty, Zhambyl regions and the city of Almaty from 00:00 on January 26, 2022,” the statement said.

At the same time, the action of a high “orange” level of terrorist danger in Nur-Sultan and a moderate “yellow” level in the West Kazakhstan region remains.

At the same time, from 00:00 on January 26 in the city of Balkhash, Karaganda region and North Kazakhstan region, the moderate “yellow” level of terrorist danger is canceled.

Recall that earlier in Kazakhstan they released a thousand detainees during the protests. All those arrested are provided with the right to protection and legal assistance, and complaints are carefully checked, the Prosecutor General’s Office of Kazakhstan assured.

It was also reported that the European Parliament adopted a resolution on the events in Kazakhstan. MEPs are calling for an international investigation and sanctions against Kazakh officials for human rights violations.

Ukraine to increase pensions and social benefits from March 1