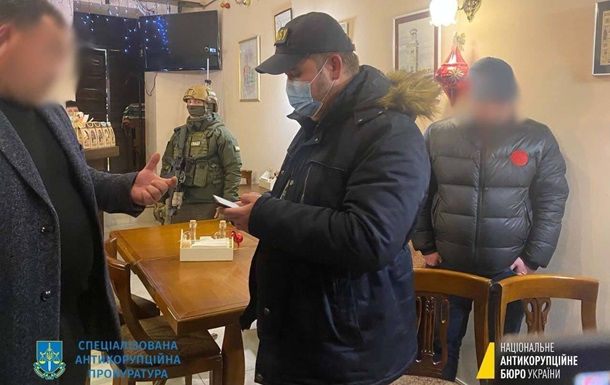 Rada deputy caught on a bribe

The current deputy of the Rada received 558 thousand hryvnia bribes when he was detained by law enforcement officers.

The deputy of the Verkhovna Rada of Ukraine was caught on a bribe. About it informs NABU on Friday, January 28.

“NABU, SAPO and the United Civil Party have just exposed the current people’s deputy of Ukraine on a “hot” basis, while receiving an unlawful benefit of UAH 558,000. According to the investigation, the official received funds for assisting in concluding contracts between private companies and a hospital in the Zhytomyr region,” – NABU was informed and promised to provide details later.

In turn, Ukrainska Pravda, citing sources in law enforcement agencies writesthat we are talking about a people’s deputy from the Servant of the People faction Sergei Kuzminykh. We are talking about abuses in the procurement of medical equipment, the publication clarifies. At the same time, the State Bureau of Investigation cannot yet detain the people’s deputy according to the law – the department will turn to the Prosecutor General to sign the suspicion.

Recall that earlier an official of Ukrgasdobycha was detained on a bribe of UAH 600,000. The official was detained after receiving the first part of the bribe – UAH 400,000. In total, he extorted 600 thousand.

SWIFT is the most terrible weapon against Russia. CNN

"Does not restrict rights", says Argentine president about IMF deal