The Pentagon is ready to reduce exercises in Europe 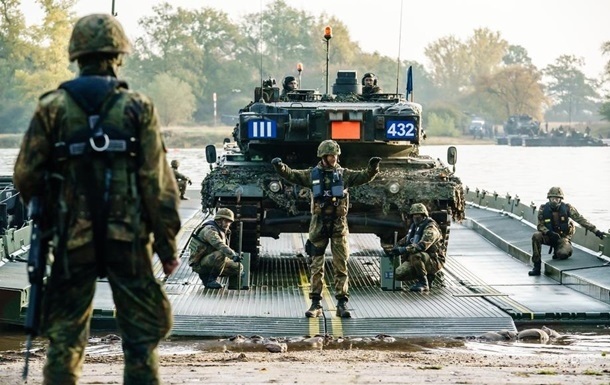 Washington is ready to work with Moscow on various proposals, but does not agree to impose a ban on Ukraine’s accession to NATO, said Rear Admiral John Kirby.

The United States is ready to reduce the scale of military exercises in Europe if Russia retaliates on the basis of the principle of reciprocity. This was stated by Rear Admiral of the US Navy, Pentagon Press Secretary John Kirby, reports The Hill on Saturday, September 29th.

In particular, Kirby commented on negotiations with Russia on Moscow’s demands for security guarantees.

“When we started these talks with him (Russian President Vladimir Putin – ed.) we were ready to offer something if Russia reciprocated. For example, reducing, perhaps, the size and scale of some of our exercises on the continent, but this will require reciprocity from the Russian side. They (Russia – ed.) did not want to go for it. So, again, we do not close the door to negotiations. The State Department has made it clear that there is still room for this, but we have to see where this leads “, – he said.

Kirby stressed that Washington is ready to work with Moscow on such proposals, but does not agree to impose a ban on Ukraine’s accession to NATO.

“Vladimir Putin cannot veto whether a country joins NATO or a candidate for membership in which organization it becomes. It is not for Vladimir Putin to decide that its sovereignty can be violated so easily. Therefore, obviously, there are certain principles by which we we are not going to compromise,” Pentagon spokesman.

On the eve it became known that the US military will be deployed to the countries of Eastern Europe in the near future. This was stated by US President Joe Biden in Pittsburgh.

It was also reported that Washington could send about 8.5 thousand troops to Europe at any time.

Brazil records, for the first time, more than 1 million cases of covid-19 in a week

A chandelier collapsed at the railway station in Dnipro