Ukraine is preparing debates in the UN General Assembly 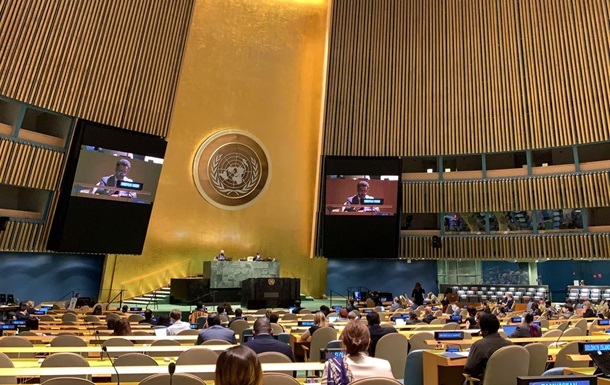 It is planned to discuss the situation in the temporarily occupied territories of Ukraine with the participation of a wide range of states, the Foreign Ministry noted.

Ukraine is working on convening debates in the UN General Assembly. It is planned to discuss the situation in the temporarily occupied territories. This was stated by Foreign Ministry spokesman Oleg Nikolenko, reports RBC-Ukraine on Tuesday, February 1st.

“We plan to convene a debate in the UN General Assembly in February to discuss the situation in the temporarily occupied territories with the participation of a wide range of states,” he said during a briefing.

Nikolenko also commented on Russia’s intentions to hold a briefing by the UN Security Council on February 17 on non-implementation of the Minsk agreements.

“Ukraine is using this case to present the facts of Russia’s failure to fulfill its obligations,” the Foreign Ministry spokesman said.

Recall, January 31, the UN Security Council held a meeting on the threat of Russia’s invasion of Ukraine. The USA was the initiator. The Russian side was urged to resolve the issue “through diplomacy, not conflict.” In turn, the delegation of the Russian Federation left the meeting.

Later, the Foreign Ministry called the meeting of the UN Security Council an important step to contain a new wave of Russian armed aggression against Ukraine.

Foreign Ministers of Austria, Czech Republic and Slovakia to arrive in Ukraine