In the exclusion zone of the Chernobyl nuclear power plant, mass exercises of units of the Ministry of Internal Affairs were held 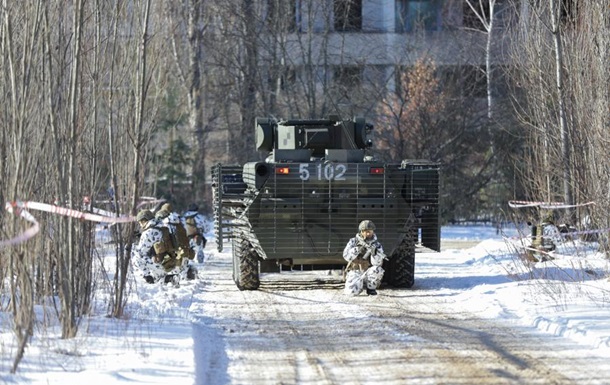 In Pripyat, exercises were held by units of the Ministry of Internal Affairs

The police, military and rescuers worked out the actions to defend the settlement, the tactics of conducting military operations in an urbanized area and the elimination of their consequences.

In the exclusion zone of the Chernobyl nuclear power plant on Friday, February 4, tactical-special exercises of units of the Ministry of Internal Affairs of Ukraine were held, the press service of the National Guard reported.

It is noted that the guardsmen, police officers and rescuers have worked out the coordination of actions in carrying out tasks for the defense of the settlement, the tactics of conducting military operations in urbanized areas and the elimination of their consequences.

“The training once again confirmed the coherence and interaction of the employees of the Ministry of Internal Affairs, including the specifics of the work of each unit in the most difficult situations to overcome various kinds of dangers. All units showed their work well for training during the training, and although some mistakes were made, the most important thing is that the ultimate goal of the exercises was achieved successfully and effectively,” said Interior Minister Denis Monastyrsky.

It is noted that the final stage of the exercises was the provision of first aid, the evacuation of the wounded and the cleaning of the settlement from mines and explosives and the elimination of the consequences of hostilities.

Earlier it was reported that the Armed Forces of Ukraine conducted exercises with the Uragan MLRS near Crimea. The units moved out of the location area, marched, deployed firing positions in the area and aimed at mock targets.

It was also reported that the Armed Forces of Ukraine conducted special tactical exercises of artillery units of Msta-B howitzers in the Kherson region.

Results 04.02: Putin in China and containment of Russia