PB: field workers make an act in defense of family farming at the Federal Revenue

A symbolic act, carried out this Wednesday (16), in front of the Federal Revenue Office, in João Pessoa, marked the denunciation of popular movements for the absence of public policies aimed at family farming.

The action was organized by the Landless Rural Workers Movement (MST-PB), Pastoral Land Commission (CPT), Movement of People Affected by Dams (MAB), Federation of Rural Workers and Family Farmers of the State of Paraíba (Fetag) , Popular Youth Uprising and Single Central of Workers and Workers of Paraíba, in addition to the presence of the Movement of Workers for Rights (MTD).

“Agro is drought, flood and hunger!: Family farming is the solution to hunger and nature!”, read the banner held by the protesters.

Banner wielded during an act in defense of family farming. / Luana Carolina

“Those who produce food in this country are crying out for agricultural subsidies. The countryside is facing hunger, the need to produce and a strong drought throughout Brazil, as a result of deforestation in the Amazon that influences the national biome and we are in the third year of drought. , with more than 600,000 deaths, and we didn’t even receive any subsidy to produce food, quite the opposite”, explained Dilei Schiochet, MST leader in Paraíba.

“This government still approves the PL do Veneno to strengthen the large landowner who does not produce food, only produces agricultural commodities to sell. Today, family farming that could subsidize food for the Brazilian people is in a terrible situation. of food, we have had an increase in the last few years of 30% to 50% in the price of food and we have almost 1 million people in this country who are not eating properly. This is unbearable in this country. the leader.

Read also: “Poison PL” will cause “irreparable damage”, says Fiocruz in a note sent to senators

Dilei also stated that “this year will be a year of struggle because we need to solve the basic thing: the people’s food and we need to motivate people who fight to produce food, agribusiness does not produce food. the Bolsonaro government’s deforestation policy and agribusiness that is destroying the environment. Therefore, the only ones that can save the planet are family farming, it’s peasant agriculture”. 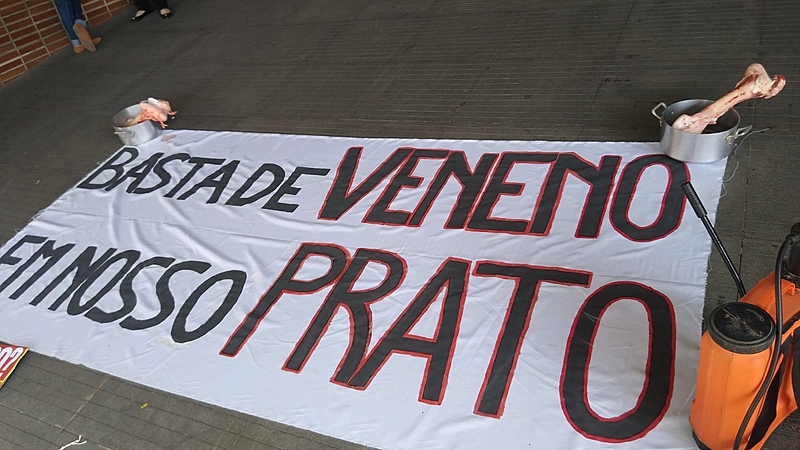 One of the guidelines was against the approval of the PL do Veneno in the Federal Chamber. / Luana Carolina

Tião Santos, from CUT-PB, recalled that family farming is the one who guarantees food in the cities, however, the government has caused suffering for this category. “For this government, what is in evidence is agribusiness. This act is to denounce injustice, the PL do Veneno, demand that the Assis de Carvalho Law (Law 14,275, of 2021) be complied with and we are together to strengthen this fight “, said Tiao.

:: PL do Veneno will have “normal procedure” and will not go straight to the plenary, says Senate president ::

The Assis Carvalho Law provides for emergency measures to support family farming impacted by the pandemic. Despite the veto by President Jair Bolsonaro (PL) of the law, the National Congress reversed the situation and ensured that family farmers have their rural debts extended and aid of R$ 2,500 reais per family.

In addition, the measures guarantee the promotion of food production, the implementation of cisterns and several other technologies for accessing water, as well as an ally in encouraging the purchase of food from family farming and in the fight against food and nutritional insecurity. The law is valid until December 31, 2022, however, due to lack of political commitment, nothing has been done so far. 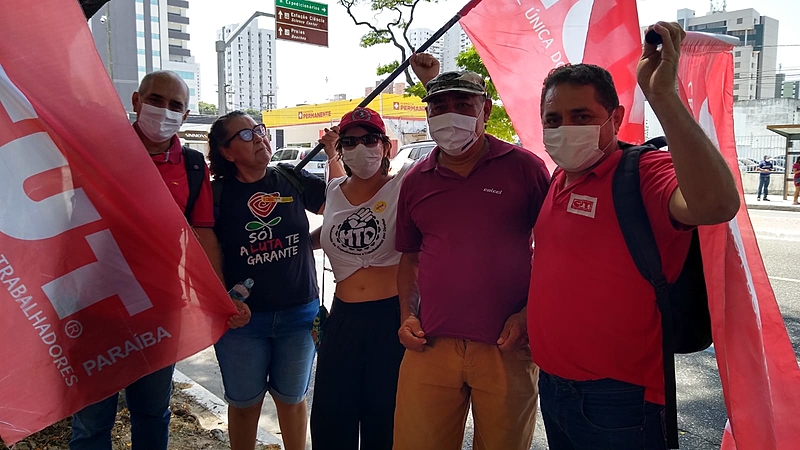 The CPT, which was also present at the act, said that they are in the fight for Fora Bolsonaro. “We produce food for the Brazilian population’s table and we do not accept the continued exploitation of our people and the denial of our rural people. We are in the search for dignity for our people”, said Jéssica Silva, from the Pastoral Land Commission. .

Levante Popular da Juventude also recalled that the fight is for Bolsonaro’s Outside. “We are fighting for family farming and for the absence of poison in our food, but mainly fighting for Fora Bolsonaro. People who live in the countryside are impoverished by the lack of policies for family farming. This government only manages deaths for our homes, whether by pesticides, whether by deforestation, or by the famine, that’s why we are here to fight for Bolsonaro and we are building an alternative that in these elections defeats Bolsonarism in our country”, explained Abraão Moura. 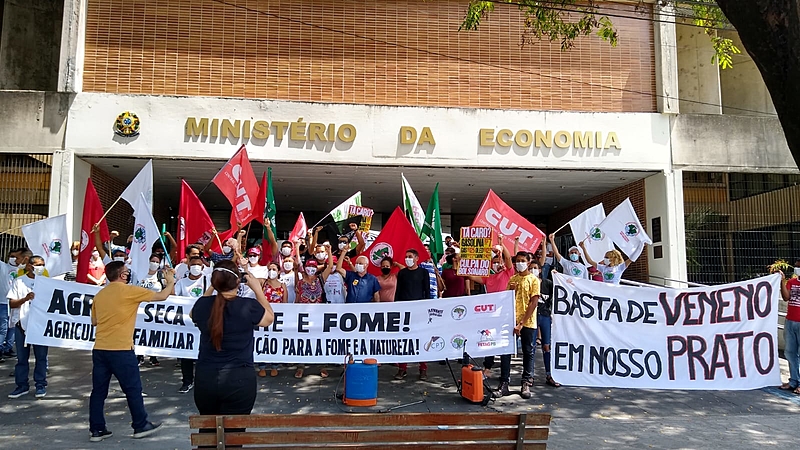 Act in defense of Family Agriculture in front of the Federal Revenue. / Luana Carolina

For the Federation of Rural Workers and Family Farmers of the State of Paraíba (Fetag) the fight is also against the policies of President Bolsonaro (PL). “Agro has everything and we have nothing. Bolsonaro carried out a dismantling of all public policies aimed at family farming and now he doesn’t want to comply with the Assis de Carvalho Law”, declared Josildo, from Fetag. 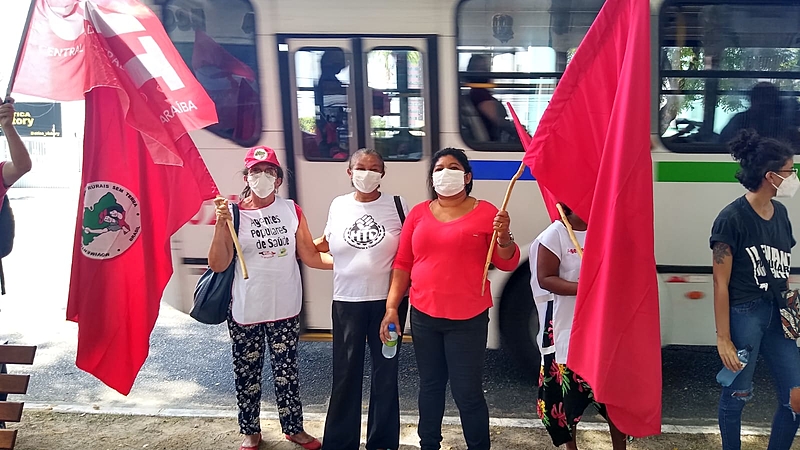 Osvaldo Bernardo da Silva from MAB recalled that the Bolsonaro government is destroying the lives of peasants and urban people, with the release of poison and not carrying out agrarian reform. “For the people to have a peaceful and happy life, with health is family farming. What better society project, family farming or agribusiness that kills and destroys? Family farming is the only way to produce healthy food for the Brazilian people”, he said.

In Thailand, they decided to change the official name of Bangkok: now it has four words