Russia conducts exercises of missile ships in the Caspian Sea 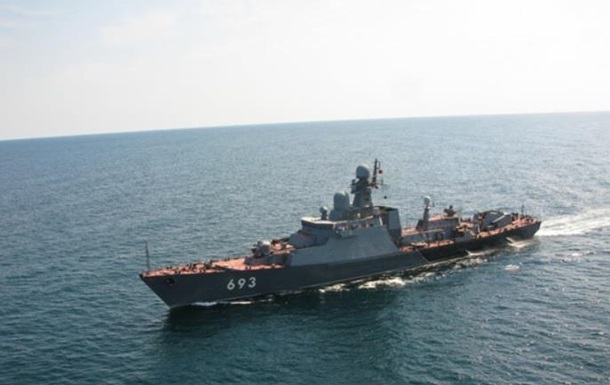 The naval tactical groups of the Caspian Flotilla will carry out practical rocket and artillery firing.

The Russian flotilla, consisting of 20 warships, began an exercise in the Caspian Sea. About it informs Ministry of Defense of the Russian Federation on Thursday, February 17.

“In total, the crews of about 20 warships of the flotilla take part in the naval command and staff exercise, including the Dagestan missile ship, small missile ships Grad Sviyazhsk, Uglich, Veliky Ustyug, Makhachkala, Astrakhan, Stupinets, small artillery ships, base minesweepers, boats, as well as support vessels,” the statement said.

It was indicated that “in the near future, the naval tactical groups of the flotilla will have to work out joint actions in sailing in a single marching order, repulsing the means of air attack of a mock enemy and conducting mock naval combat, as well as perform practical rocket and artillery firing.”

The flotilla’s forces will also practice anti-mine deployment, as well as the search and destruction of mines “with the performance of live firing from standard weapons.”

The Ministry of Defense of the Russian Federation recalled that over 140 warships and support vessels, more than 60 aircraft, 1,000 units of military equipment, and about 10,000 military personnel were involved in a series of exercises in all fleets.

On the eve of the Russian Federation explained the mass conduct of military exercises. It turned out that this was due to the supply of Western weapons to Ukraine.