Harris confirms US support for Ukraine 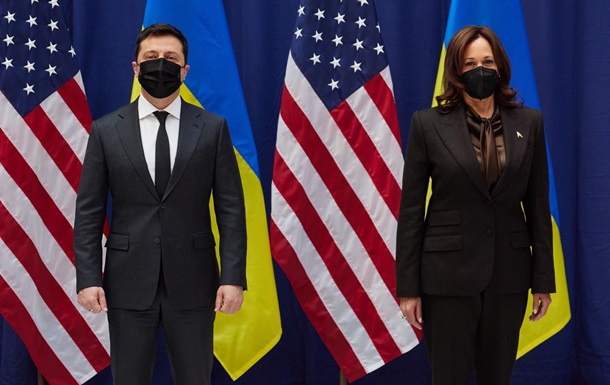 The American and Ukrainian sides agreed to continue searching for diplomatic ways to resolve the situation around Ukraine.

US Vice President Kamala Harris and Ukrainian leader Volodymyr Zelensky held their first meeting on the sidelines of the Munich Conference on Saturday, February 19, during which they discussed the security situation around Ukraine. This was reported on the Twitter accounts of both leaders.

Thus, the American vice president noted that the United States continues to support Ukraine in the face of aggression from Russia.

“In the face of Russia’s military buildup, the United States stands by Ukraine. As I told President Zelensky in Munich, we are committed to Ukraine’s sovereignty and territorial integrity,” the statement reads. message Harris.

Zelensky, in turn, said that the parties agreed to continue searching for diplomatic ways to resolve the situation around Ukraine.

“I held important talks with US Vice President Kamala Harris. We exchanged assessments of the security situation around Ukraine. We were unanimous in the need to find diplomatic ways of de-escalation. I appreciate the continued effective support from the United States for the sovereignty and territorial integrity of Ukraine,” wrote is he.

“They discussed the quick and tough economic measures that the US, EU and other countries are going to use if Russia makes a further invasion of Ukraine. They also discussed ongoing efforts both in deterrence and in the field of diplomacy,” the agency quoted a US administration official as saying.

Recall that US President Joe Biden once again stated that the States would not send their military to Ukraine, but would continue to provide assistance to Kiev.

Near Kiev, two teenagers were carried away on an ice floe

Zelensky promised Macron not to respond to provocations